“Seinfeld”: The 90’s Most Popular series is set to arrive on Netflix 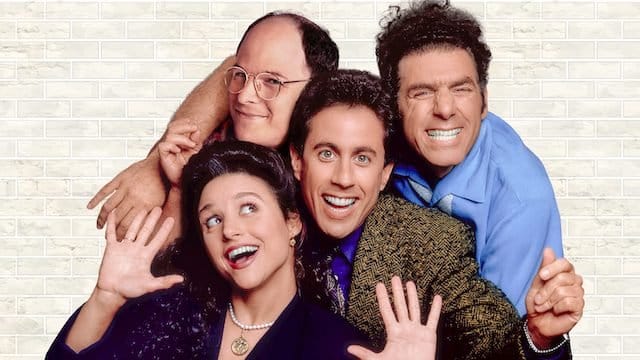 At last, Netflix has dropped the trailer of the NBC drama series “Seinfeld”, it will hit the streamer along with 180 episodes. The trailer has stated this series as the hottest new show in this fall, this series was first time come on 5th July 1989 to May 14. 1998, this series has been rotated for nine seasons and also had won the whopping ten primetime Emmy Awards.

After waiting for a long time this series has moved into Netflix, the streaming platform has purchased the rights for $500 million all the way to return in 2019, after getting a huge loss of such binge-worthy sitcoms The Office and Friends.

It is mainly an American sitcom drama series featuring Seinfeld in such fictionalized versions of himself and has mainly set in an apartment building in Manhattan’s Upper West Side in New York City. The main center of the series is Seinfeld, and also his personal life with all his three friends. After it has got a release this sitcom has got such immense popularity. It is still left a few weeks to move to Netflix.

The series will feature Jason Alexander as George Costanza, Julia Lois-Dreyfus as Elaine Benes, Michael Richards as Cosmo Kramer. The story of the series has been co-created by Larry David and Jerry Seinfeld. It will also be available on Hulu but is expected to have been removed as the contract become expired in June.

Netflix will air all nine seasons and 180 episodes at the starting of 1st October 2021. The classic sitcom will also be air on Viacom networks like Comedy Central, Paramount Network, and TV Land.