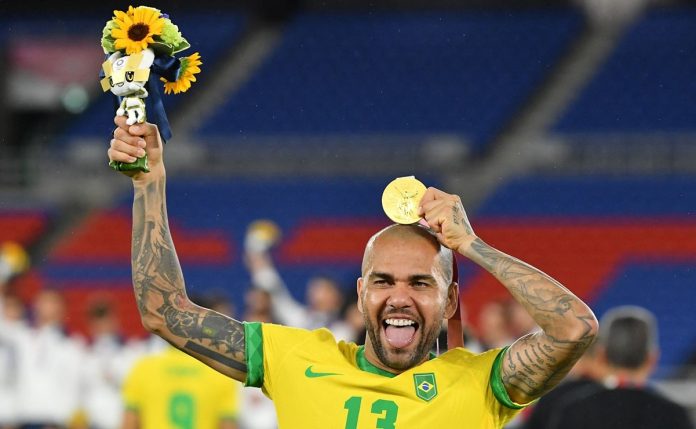 Sao Paulo have confirmed that they have parted ways with Dani Alves after the full-back had a wage dispute with the Brazilian club. The player has made 95 appearances for Sao Paulo, and has scored 10 goals for them.

The director of Sao Paulo, Carlos Belmonte confirmed that they would not be continuing with Alves as a part of their squad. The financial crisis was partially due to the pandemic and the absence of a major source of funds for the club.

Here is what Belmonte had to say about the club’s decision to let go of the veteran and the wage concerns raised by him:

‘We were told by his representatives that Daniel Alves will not come back to Sao Paulo until there is an adjustment in the financial debt that Sao Paulo has with the player.

‘Sao Paulo recognises that debt and last week we made a proposal to try and right it. The proposal was not accepted by the player’s representatives.

‘We have taken the decision and told this to coach Hernan Crespo that Dani Alves will no longer be at his disposal to play for Sao Paulo.

According to the Daily Mail, Alves is owed full wages for the last two seasons and the sum of money due is close to €3 million. The 38-year-old recently captained Brazil to the Gold medal at the 2020 Tokyo Olympics, and hopes to make the national team for the 2022 World Cup. Alves has been linked with moves to River Plate, Boca Juniors, MLS and the Middle East after leaving the Brazilian club.