“Pretty Smart”: The new trailer of Emily Osment’s series has been dropped 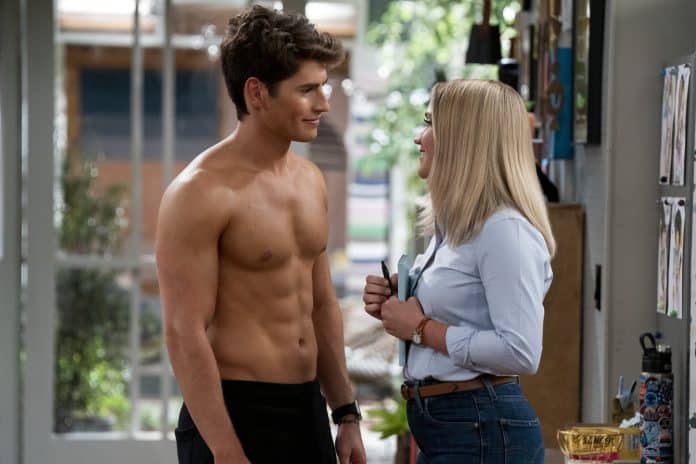 Netflix just has dropped the official trailer of the incredible series. It is mainly a ten-episode series made by the creator’s Jack Dolgen and Doug Mand. The pretty series is executively produced by Kourtney Kang, Pamela Fryman, Jim Brandon, and also Brian Singleton. It is a love drama series that shows betrayal, love, and also many incidents based on the series. Emily Osment has returned with the sitcom glory. The story depicts a girl who has been unexpectedly betrayed and dumped by her boyfriend, Chelsea. Osment, who is a very high bow, and brilliant Harvard educated intellectual, and also an aspiring novelist.

The trailer starts with not very much intellectually inclined Claire that has been eager to connect with her sister Chelsea. After the breakup, Chelsea has come to his Sister’s home in Los Angeles that has been already shared with her three eccentric, and bubbly roommates, with a handsome personal trainer Grant having such shirtless Sulkin.

At first, Chelsea becomes judgmental and also has a no-frills attitude, and has been struggling for coping up with and just has felt completely outside of the place among her new roommates, the trailer contains with few scenes that indicate the charming chemistry between Chelsea and Grant, but seems to be pairing that they can make.

The two sisters have faced many struggles like they have encountered such a few roadblocks like they are trying to reheal their relationship, with such heartfelt Claire by telling Chelsea that she thinks that she is dumb, but she is not, this series seems to think or two from her new roommates, and has taken such cues from them based on about their living to the fullest.

In this we will see, Claire, and also her there of the most lovable center, but not with that many intellectual roommates named Grant, who is a very attractive and handsome personal trainer, in this, we also see a lady lawyer and also a healer named Solana, and also Jayden who is social media influencer, The worst habit of Chelsea is his tough judgmental exterior has made her soften as she comes to know about her new friends, and they start to make a bond like a family.

This Netflix Original film will premiere on 8th October 2021.