Geekbench scores of A15 Bionic shatters the Android competition 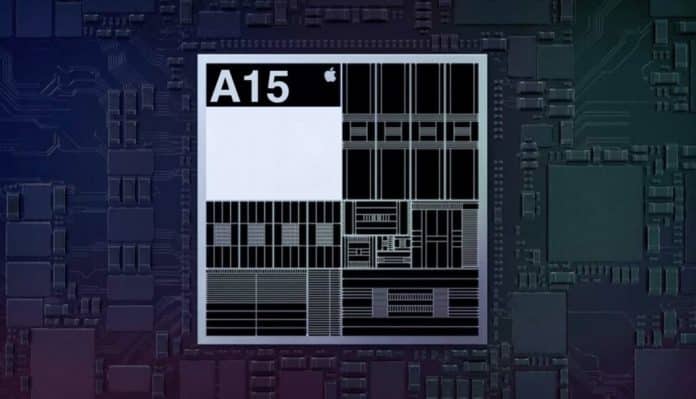 Apple recently announced its next A15 Bionic chipset for its iPhones, iPad and other devices; however, creepily, they compared their new chipset against “the leading competition”, now who will understand what Apple is referring to?

However, recently, Ice Universe has shared the first real Geekbench scores of the A15 Bionic chip, and the results are incredible:

As you see, the Apple A15 Bionic scoring 1734 points in single-core and 4818 points in multi-core, now if we compare to the scores of A14 Bionic, Snapdragon 888 and the M1 chip, the results are surprising.

In terms of a generational leap, the A15 Bionic is almost 8% better in single-core and a healthy 13% improvement in multi-core. Also, we don’t know which iPhone’s score has been leaked, and the score we took to compare was by iPhone 12 Pro Max, so there could be more room for improvement.

Now, comparing this with Lenovo Legion Phone Duel 2 with Snapdragon 888, Apple is leaps ahead in raw CPU performance. The new A15 Bionic is almost 50% faster than the Snapdragon 888 in terms of single-core performance and as much as 32% faster in multi-core.

The new A15 Bionic comes very close when compared to an M1 chip seen on the new iPad Pro, and while in terms of single-core performance, you have no difference this time, in multi-core, the M1 is almost 50% faster, but it is obvious as it has got more cores.

Even though Apple’s claim of being 50% faster than the competition is very misleading but we get its mockery as the Cupertino giant is way ahead in terms of raw CPU performance, and it just gets better.