“What If…? (Mid-Season Sneak Peek)”: All the Superheroes are going to reunited against Evil Doctor Strange 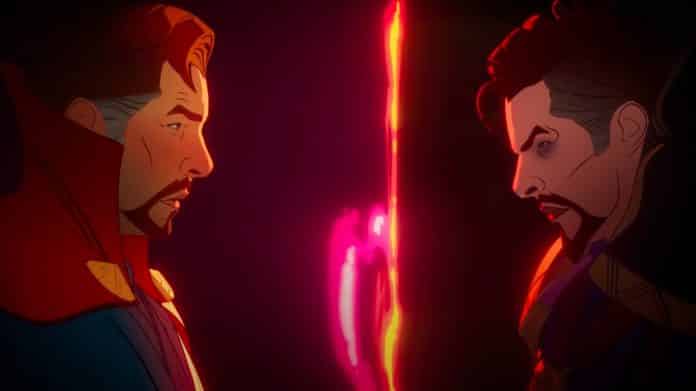 Marvel has once again come with such big surprises to entertain us. Marvel Studios has dropped the mid-season sneak peek trailer, which has been showcased the surprises storing with four final episodes which are definitely such animated series, that has exclusively premiere on Disney+.

This animated series will reveal the biggest heroes of the multiverse like they want to navigate an alternate reality during the smashing course along with the unforgettable finale. It seems that Disney+ and Marvel Studios would be taking a break from such murdered Avengers, an evil Doctor Strange, and Marvel Zombies for returning of such episodes like Captain Carter and T’Challa, and also such Star-Lord’s episodes.

The trailer starts with the giant hulk and gives a hint about the returning of all the superheroes. It depicts that the heroes have been forged in darkness but also has explained through sacrifice in the hope of the Multiverse. We will be going to all the heroes become united but it seems that the evil Doctor Strange will not walk backwards by uniting with Thanos.

In this we have seen some of the teased clips of Iron Man with Infinity Gauntlet, Captain Carter battling along with the Avengers, and the conversion of Thor into the Strange Supreme.

In this fans also will getting to watch the team up with Killomonger and Iron Man. Thor will face such zombies with full power. The most interesting fact will be while the evil Strange and the good Strange will come face to face. The Howard Duck or small, or such catch the drift.

In this we will also see Peggy Carter has taken the shield instead of Steve Rogers, Peggy has to face discrimination based on the woman that has also provide such serious kicking off. In the three episodes has been featured with Loki, Nick Fury, and Dr. Strange.

In this, we will be going to see the returning of the evil of Doctor Strange like Strange Supreme. It is reported that this latest version of Stephen Strange had been created in episode 4 of What If..? after the ancient one has split Strange in two.

In this, the fans have immediately has taken to the episode after the premiere. They have been wondered if Strange Supreme would have been the crossover for the live-action films of the Marvel Cinematic Universe.

The renewal of the new episodes is still unknown for the latest batch of such episodes watching as season 1 that has not to include with airing yet. It is expected that season 2 to premiere sometime in 2022, provide the success of the show. It will contain 9 episodes as it has in the first season.

It has given that the expansive content of Marvel Comics, the writers of this series also have loads of the source material of working having the season 2 comes along.  It is very difficult as the prediction as to what the direction the series will take, it is undoubtedly a very exciting one.

One thing we will definitely say is that the audience will be going to see the crew of the huge superheroes of the multiverse.