“There’s Someone Inside Your House”: Netflix has dropped the horror-thriller film 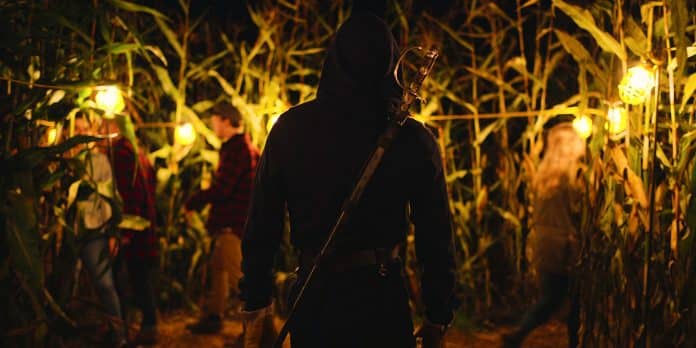 Netflix has released the trailer of the horror-thriller film, which is an upcoming mysterious story and also the part in the streaming lineup for the season of  2021’s Halloween. The story is based on The New York Times, and it is one of the bestselling books by Stephanie Perkins, the film has been directed by Patrick Brice, who is the main brilliant mind behind both Creep movies.

The trailer represents Makani Young who is a high schooler and has got transferred from Hawai to the new school in the tiny city in Nebraska. After Makani visits there,  she and her latest schoolmates begin to get some strange feelings and become hunted down by the killer that has exposed the main darkest secrets, like everybody has something that they don’t desire the world comes to know like the drug dealing, fight clubs, and also such hatred speech recording.

The story is based on Makani Young who has transferred into Hawaii to quiet, small-town Nebraska for living with her grandmother and complete high school, but it is the countdown of the beginning of the graduation, her classmate who has been stalked by the killer and tends to expose the darkest secrets about the entire city, that has been terrorized victims after wearing the mask-like life in his own face.

In this, we will also see such a mysterious past based on her own, in this Makani and her friends must find out the real identity of the killer before they have become the victims themselves.

The film has been directed by Brice written by the script by Henry Gayden, the cast is contained Sarah Dugdale, Kayla Heller, and Dore Pellerin, The production of the film has been done by Shawn Levy, James Wan, Dan Cohen, and Michael Clear.