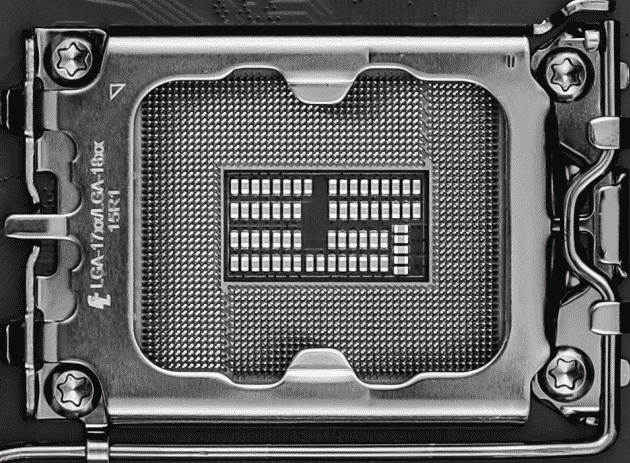 In recent sources, Intel’s upcoming LGA 1700 / LGA 1800 socket for 12th Gen Alder Lake and 13th Gen Raptor Lake CPUs has appeared in new pictures. As we know, this particular socket will be offered on the brand new 600-series chipset boards and next-generation 700-series motherboards too.

We recently witnessed the first-ever pictures of the Intel Z690 chipset, which we know will be featured on the high-end 600-series motherboard lineup. The Intel LGA 1700 / 1800 socket has more than 1700 pins, and since Intel’s Alder Lake CPUs will feature 1700 gold contact pads, most probably the future CPUs which are compatible with the socket might feature even more contacts hence the ’15R1′ has the extra 100 pins reserved for them.

According to rumours, Intel’s 12th Gen Alder Lake and 13th Gen Raptor Lake are confirmed to feature support on the LGA 1700 / 1800 socket, and Intel’s upcoming 14th Gen Meteor Lake CPUs will be launching a new socket due to a new chipset design.

Intel’s Alder Lake desktop CPUs will come in a 37.5×45.0mm package and support the ‘V0’ socket, which we know as LGA 1700. and the CPU coolers will also have to be mounted properly over the CPU as well as the new and refreshed mounting brackets need to be shipped by cooler manufacturers for Intel Alder Lake and LGA 1700 support.

The features for 600-series chipset motherboards are as follows:

The Intel Alder Lake Desktop CPU lineup is expected to launch in November, along with the respective Z690 platform and DDR5 memory kits.