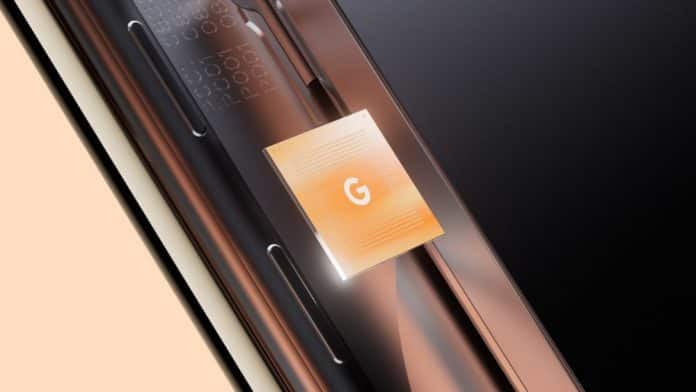 Google will soon be bringing out its new flagship phones, which will be the upcoming Pixel 6 series phones. The duo that will be a part of the semi-custom chipset, Tensor, whose details have proven elusive so far. However, according to a new leak, we now have some idea of the information of what appears to be a custom chipset made by Google. Is it Tensor? Let’s see.

According to the latest information revealed by leaker Digital Chat Station, the new chipset that appeared on the internet looks to be developed in-house by Google and can be expected to outperform the Snapdragon 888.

It has two Cortex-X1 cores clocked at 2.80 GHz and is a heavy-handed SoC. Samsung’s Exynos 2100 and Snapdragon 888 both have lone Cortex-X1 cores, and both are clocked at 2.91 GHz and 2.84 GHz respectively. And if we compare these specs with that of the supposed Custom Google SoC, then this chipset should offer much better peak CPU performance than those two.

The two X1 cores are joined by four cores clocked at 1.80 GHz, and two clocked at 2.25 GHz. The onboard GPU is solid as well: ARM’s Mali G78. It is the same GPU that is on the Exynos 2100, which implies we’re not looking at a next-gen chipset here.

However, the above-mentioned leak is only but a rumor, and the new custom SoC from Google will be a very powerful one and will go head-to-head with flagships of Qualcomm and Samsung. And if all these specifications are true then it would mean that the Pixel 6 series will be equipped with a rather powerful chipset which should dominate the Snapdragon 888 in CPU performance at the very least.

Previous articleIPL 2021: 15 IPL Players who Pulled Out from this year’s IPL a d did not Honor their IPL Contracts
Next articleMicromax IN Note 1 Pro launch timeline in India tipped