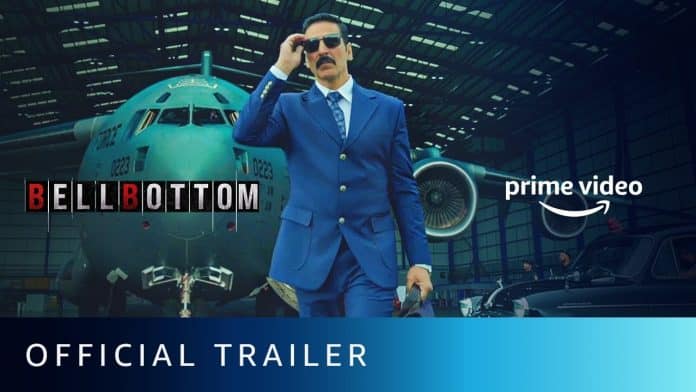 It belonged to those films that started their filming after the first wave of the Covid-19 abated. Akshay had shared about the intense shoot of the film by keeping all the safety protocols in mind. Officially, it was declared in November 2019 with the release date of Republic day 2021, but like many films, it also had been postponed for the Coronavirus pandemic situation.

The main story is based on the hijacking of a plane which was landed in Amritsar, within the last 5 years it was the seventh incident of plane hijacking. The entire plane was filled with 210 hostages also with the four hijackers. The plot of the film completely revolves around the true events of the year of the 1980s with a team of brave heroes. In this film, we will see Akshay Kumar in the role of the Research and Analysis Wing or as a daring RAW agent. It is a three and half minute trailer that depicts the role of Akshay Kumar who is leading the rescue operation.

In this kind of operation, everyone has a code name to keep their real identity in secret. In this Akshay Kumar will operate a rescue operation under the code name Bellbottom.

Set in the 1980s, his main target has to free all the passengers of the plane that has been holding hostage by terrorists.

This film has been directed by Ranjit M Tewari and written by Aseem Arora and Parveez Shaikh. The producers of the film are Vashu Bhagnani, Jackky Bhagnaani, Deepshikha Deshmukh, Monisha Advani, Madhu Bhojwani, and Nikkhil  Advani, the production of the film has done under Pooja Entertainment and Emmay Entertainment.

Earlier Akshay has stated that it is definitely teamwork and he is very grateful to each and every member of the team from the spot selectors, light men, makeup man, technicians, to his gorgeous heroines Vaani Kapoor, Lara Dutta, Huma Quereshi, and his director Ranjit and the producer Vashuji (Vasu Bhagnanai) and to the entire productions team who has keep belief in their audacious plan. He also said that this new normal made us realize a different style of working that none of them had might could have imagined. He wished that it will encourage the entire film industry globally for doing their best and provide entertainment to the audiences again. He hoped that their shooting during the pandemic reassures the others for keeping all the safety in mind.

The shooting of the film was wrapped up in October 2020, he shared that Bellbottom is definitely on a journey to put the Hindi film industry right on the global map.

After sharing the poster on Instagram in the last year, the actor told, alone we could do so little, together we can do so much, and this maxim may be described best the journey of the Bellbottom film. It was a schedule that started as an impossibility that had been culminated into the ending of the storybook that would put the Hindi film industry right on the global map.

Recently Akshay Kumar has declared that the Bell Bottom will come in 3D theatres on 19th August. He also has shared a short video clip but starring himself. In this video, the actor has seen with a pair of 3D glasses and he said to experience the thrill with the complete feel on 19th August. At first, it was scheduled to release on 27th July in theatre.

On Amazon Prime Video we can watch the film on 16th September 2021.