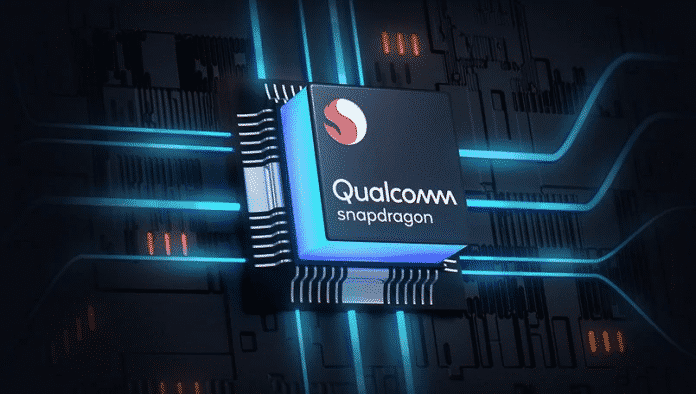 Qualcomm will soon add another SoC to its mid range series. Qualcomm as per a report is working on two chipsets for the mid range Smartphone category. Several key details of the new chipset surfaced on website Winfuture which reveals the details of the chipsets. So let’s have a look at all the leaked details

As per the source the first chipset is Qualcomm SM6375, which is an octacore SoC that has four gold-strong gold cores and four energy-saving silver cores as well as an integrated 5G modem. The chip is currently being tested in various configurations, so that ultimately up to four different variants could be sold.

The SM6375 is expected to launch in four variants all of which will have different CPU and GPU clock rates but the same base. All four will have 8 CPU cores made up of four Gold cores and four Silver cores.

The second chipset revealed by the source is Qualcomm SM6225 which is expected to launch under the Snapdragon 690 which has part number SM6350. Moreover it is also reported that the chip is closely related to the SM7250 marketed as the Snapdragon 765, although source didn’t reveals much about it.

Unfortunately, more specific details about the CPU and GPU are not available, though it has been reported that the specs of the testing platforms are in line with mid-range devices such as 6GB of RAM, 128GB of UFS 2.2 storage, and a 90Hz FHD+ display. Both the Qualcomm SM6375 and the Qualcomm SM6225 are manufactured by TSMC but their node size is unknown.

As per the source the above mentioned information is already 2 months old, so we can assume that these chipsets can come very soon may be this year also.

Previous articleHere is the ASUS PCE-AX58BT Wi-Fi 6E + Bluetooth 5.2 PCI-Express Adapter
Next articleRealme C25Y is expected to launch in India this month