Here’s everything we know about God of War: Ragnarok 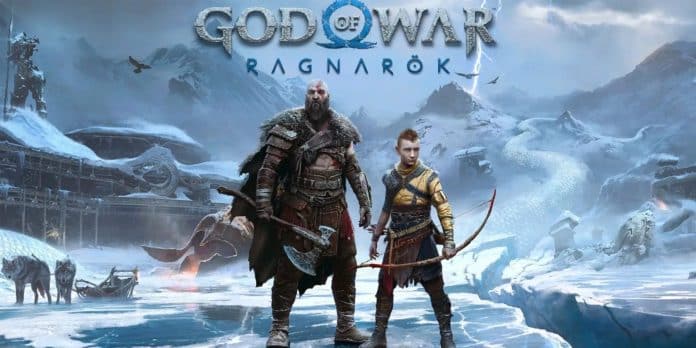 All hail Kratos! All hail the God of War! In 2018 we witnessed the amazing storytelling of Kratos. It was a fantastic reboot of the over-the-top and grandiose action-adventure series starring the fallen demi-god Kratos.

Now finally, the developer Sony Santa Monica Studios plans to release the follow-up of the title sometime soon in 2022 and the latest information revealed at the PlayStation Showcase raised our expectations sky-high.

Kratos is back with his son to explore the vast ancient Norse realms and encounter more powerful gods looking for retribution. So let’s not wait for more time and let’s dive into the details about the God of War: Ragnarok and its new trailer.

The next God of War game is poised to be one of the PS5’s biggest upcoming games. However, due to the COVID-19 pandemic, it’s expected that the final product still needs some more time for development. Its already been delayed to 2022 and Sony Santa Monica Studios explained the delay vita Twitter, asserting its need to “remain focused on delivering a top-quality game while maintaining the safety and wellbeing of our team, creative partners, and families.”

according to the latest information, the upcoming God of War sequel is planned for PS5, however, will also come to PS4. The news of a previous generation version was quietly shared via a Q&A with Hermen Hulst, the head of PlayStation Studios, on the company’s blog.

If there’s one thing that every God of War fan hopes is to have the God of War ported to PC, and as Sony is recently on a track record of slowly bringing some of its biggest PlayStation games to PC, we hope that Sony will launch the God of War: Ragnarok, if not at least original God of War trilogy to PC.

As to what the story will be for the upcoming God of War title, sony had this to say in its blog post. “The freezing winds of Fimbulwinter have come to Midgard, making survival for Kratos, Atreus, and Mimir in the Norse wilds even more challenging than before. While the last game built an enormous amount of trust and understanding between father and son, there is still a great deal of complexity in their interactions–especially after the revelation of Atreus’ Giant heritage and the hidden prophecy only Kratos saw.”

If what has remained the same since the first installment of the franchise is having strong enemies and Kratos brutally murdering them. This time two of the main enemies that you’ll face in Ragnarok are Freya and Thor. Freya was once Kratos’ friend, but after Kratos killed her son, Baldur, Freya seeks vengeance.

“We wanted to remind players that Freya isn’t just a terrifyingly powerful user of Vanir magic, but also that she’s a formidable warrior in her own right. Enraged by Kratos’ evasion of justice by her hand, Freya will turn every weapon at her disposal towards her son’s killer.”

Thor on the other hand seeks Kratos’ life because, well our hero not only murdered his half-brother but also his sons, typical Kratos behavior. “Thor’s legendary bloodlust and wrath will be aimed at Kratos and Atreus. Referred to disparagingly by Mimir as the ‘Biggest Butchering Bastard in the Nine Realms,’ Thor earned his title as one of the most powerful Aesir gods by wiping out nearly all the Giants at Odin’s command.”

In 2018, God of War allowed us to visit six of the Nine Realms, Ragnarok goes further and will allow us to travel all nine of them. You might have guessed it, we will finally go to Asgard, with the other two being Vanaheim, Svartalfheim, and Asgard, which were not in the first game.

You can watch both trailers below.

Returning from the 2018 game is Bear McCreary to once again compose the music.