Formula One: The F1 Grid for 2022 is almost ready with six teams confirming their Drivers 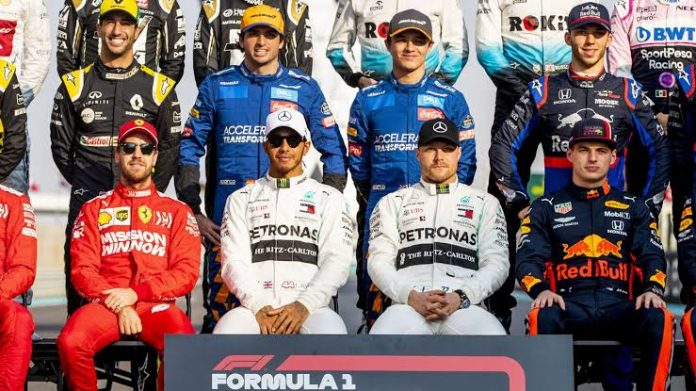 All the summer rumours regarding the new formula F1 Grid for 2022 are true as an official source called Marca has confirmed it. Moreover, out of the ten participating teams six teams have announced their drivers for next season.

Following the announcements, the most astonishing news is that Lewis Hamilton will have a new teammate following the departure of Valtteri Bottas from Mercedes. Moving forward let’s take a look at the confirmed deals as of now and try to predict the players that will sign in the remaining vacant slots

Also Read: Was the Formula 1 Sprint Race a hit or a miss?

Confirmed Pairs of Formula One Grid 2022 :

Before the end of 2021, it looked as if Lewis Hamilton would leave Mercedes after having a discussion with other teams. However, Hamilton decided to stick with Mercedes and signed a two-year deal with them.

Although the Billion Dollar man has a new teammate after the exit of Valtteri Bas. Consequently, Mercedes replaced Bottas immediately by giving George Russel a contract. Hence it would be interesting to watch the pair’s performance when it matters the most.

Max Verstappen finished with the most overall points in the 2021 Formula One. As a result, Red Bull will continue with the same team as both players are under a contract. Max Verstappen has signed a two-year contract which means that he will stay with them until 2023. Meanwhile, Checo Perez has renewed his contract for a year.

Ferrari who finished third in the 2021 season has once again reaped their faith by re-signing Carlos Sainz for a year. Whereas Charles LeClerc is under a contract until 2024.

McLaren who finished fourth in the 2021 overall team standings has finalized that they will go through with the team of Daniel Ricciardo and Lando Norris for the 2022 Formula Grand Prix.

Alpine was the first team to confirm their drivers this season. They re-signed Spanish former World Series winner Fernando Alonso and Esteban Ocon this year.

Alpha Tauri has announced a week ago that they will stick with their current team of Pierre Gasly and Yuki Tsunoda this season.

Aston Martin have only confirmed that Sebastian Vettel is a part of the current team. They have not yet found a teammate for him. However, a report suggests that they could resign Lance Stroll for the 2022 GP.

However, Alfa has introduced a new signing of Valtteri Bottas on a multi-year deal. With George Russel’s departure to Mercedes and the future of Nicholas in cloud, the situation looks very shaky. Due to Mick Schumacher’s dispute with team, Haas has only declared that Nikita Mazepin will continue with the team. Hence situation of Alfa Romeo, Haas and Williams is unclear.