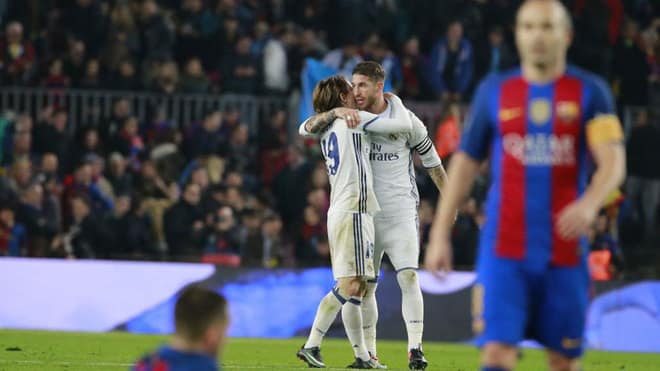 30 is the most dreaded number in football, since it marks the beginning of the physical decline of players. Most careers end after this point, but some players are still able to maintain great fitness and compete at the highest level. According to Goal, here is the XI with players 35 years old and above.

The Bayern and Germany captain is halfway past his 30s, and is still going strong between the sticks. He helped Bayern to the sextuple in 2020, and is no doubt the best keeper in the Bundesliga.

Although he is closer to 40 than he is to 30, Alves still plays for the Brazilian national team. He was a part of their squad for the Olympics this summer, and has won more trophies in the 20th century than any other player.

Ramos didn’t have the best ending to his career with Real Madrid, owing to several injuries in 20/21, but he remains one of the best defenders and leaders of his generation, having won every trophy there is to win playing the sport.

Silva ended his long wait for the Champions League by lifting the trophy with Chelsea this summer. He is still able to operate at an elite level and is a well-respected figure in the Chelsea locker room.

Kolarov still plays at a top club, with Serie A champions Inter Milan, but is now a backup option. The Serbian spent seven years at Manchester City before moving to Roma, and now to Inter under Simeone Inzaghi.

The Manchester City captain brings a different level of composure to Pep Guardiola’s team and extended recently his stay with the club for one year. He has been with City for nine years now and featured for Shakhtar prior to England.

The Ballon d’Or winner is an automatic starter for Real Madrid, and this only goes to show how good the Croatian is. He has won every trophy available with Real Madrid and is in his final year of contract with the club.

After establishing himself as a club legend during his spell with Manchester City, Silva returned to Spain and now features for Real Sociedad.

In his second debut for Manchester United, Ronaldo scored a brace and hasn’t missed a step since leaving Old Trafford for the Santiago Bernabeu.

Zlatan will be playing in the Champions League when he turns 40 next month, and still looks fit enough to go on playing for a couple more years.