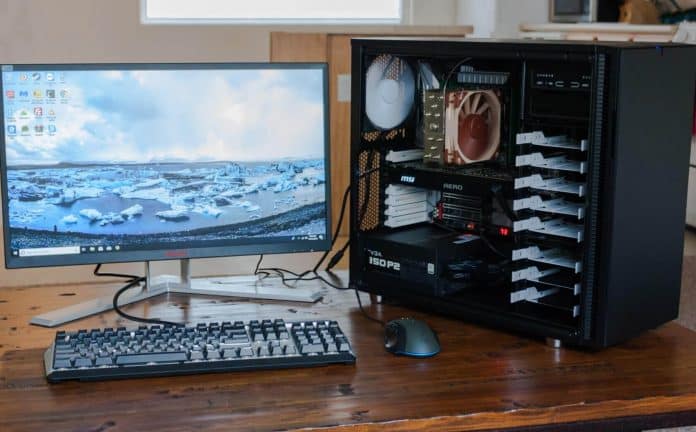 Puget Systems is a big name in the computer sales market and is also one of the many companies that were slammed pretty hard by the onslaught of the Coronavirus pandemic. The major reason for the company to incur losses was due to the pandemic-induced supply chain disruptions that have led to widespread shortages of critical components needed to build full systems for its customers.

However, the days are finally looking much brighter for the organization as Jon Bach, president of Puget Systems recently stated in a Blogspot that the company has finally returned to near-normal operations, indicating that supply for a broad range of system components, including CPUs, is on the mend after a tough year of crushing shortages.

During the initial stages of the pandemic at the start of 2020, the company stated that it faced such severe supply shortages on a wide range of components that it was forced to cull its lineup of systems to help ensure supply.

The major challenges which the company faced during the shortage of supply came on the back of existing memory and Intel chip shortages that were well underway before the pandemic. To make the matters worse the shift to the work-from-home pushed demand for workstations to two to three times more than normal, and the company simply found itself unable to fulfill the demand.

One year after the beginning of the pandemic, Puget reported that AMD’s sales has crossed the 50% mark and for the first time intel lost its 100% seat in the market.  And just two months ago, Puget Systems made an announcement saying that AMD chips had reached 60% of its sales. And finally, the company is ready to resume its operations as normal after 17 whole months of suffering through the market.

Puget Systems says that “We continue to leverage our reputation and relationships in the industry to maintain our supply, and have always been strong at planning. It has been an incredible amount of work, but I am happy to report that our supply is in a state where we can keep pace with demand.” However, the company notes that while it continues to experience some problems with supply, they are the exception rather than the norm.