Finally, you can use an SSD for Microsoft’s Xbox Series X|S using a CFE adaptor card 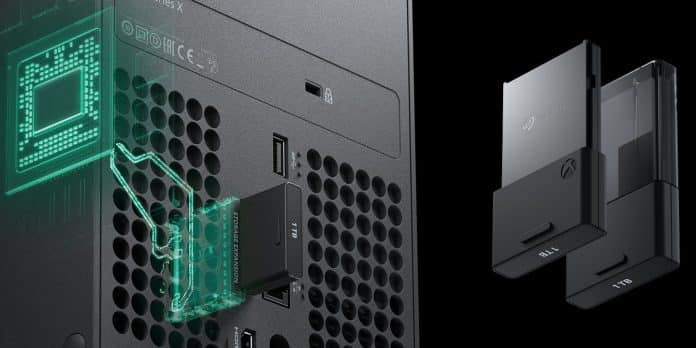 Just recently an enthusiast user at the famous Chinese Bilibili forums has shown off a custom modded SSD. Now the interesting thing is that this SSD acts as a non-proprietary storage solution for Microsoft’s Xbox Series X & Series S consoles.

Microsoft launched its Xbox Series X & Xbox Series S launched with proprietary SSD solutions allowing users to expand the storage capacity of their consoles. These proprietary storage expansion cards are manufactured by Seagate and offer 1 TB expansion for $219.99 US. However, these solutions are a tad bit too expensive compared to standard 1 TB SSDs which come in at a cheaper price.

But now finally Chinese forum members have discovered a workaround for this problem and it comes in the form of the CFE adapter card. The Seagate expansion cards feature a modified CFE link that has been converted from Gen 3 to Gen 4. so to speak in simple terms you need to modify the adapter link to convert virtually any NVMe drive to make it compatible with the new consoles.

According to sources, the particular user has bought the CFE adapter card from a DSLR/Camera shop and a Western Digital CH SN530 SSD that features an NVMe M.2 (2230) protocol was used and equipped to the rear end of the adapter card.

2. CFe to NVMe adapters is not sold online by many people, mainly in photography accessories stores. Of course, there is also a DIY CFE card solution, but you need to polish the m.2 solid state. If you need it, please search in the orange software. Polishing solid-state hard drives will have certain risks, so be cautious if you have poor hands-on ability!

However, this particular adaptor board is limited to Read speeds of up to 1700 MB/s and Write speeds of up to 1480 MB/s so it’s pointless to invest in a high-end SSD. This is due to the CFE card cutting down the lanes in half from x4 to x2.