“The Matrix Resurrections”: The Matrix has set to return at the ending of the year 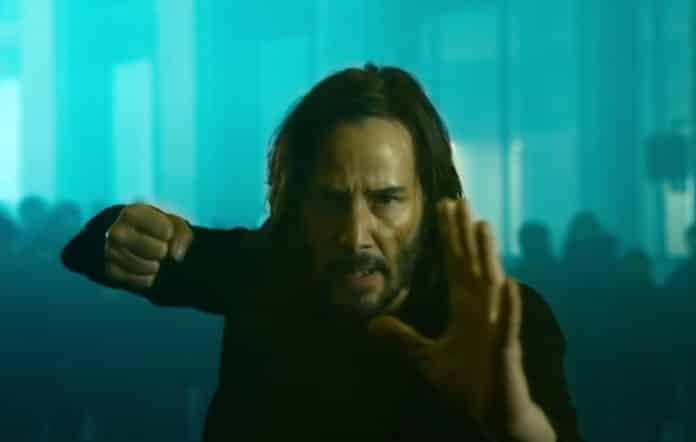 Warner Bros has also released a website regarding this. After you visit the site, you just have to choose a pill in between the iconic red and blue that is based on the original Matrix series. After you choose one pill you will be heard a voice-over of one of the film stars and also the footage of the brief snippets of the film. Now we can watch all the scenes based on the site that has to offer due to the blessings of the Twitter user.

In this, all the users of Twitter will do everyone a favour and also even compiled the entire footage of the latest film for the single video of 34 seconds. In this clip, we will see the first look of the Keanu Reeves that made his comeback as the franchise hero Neo with some references from the previous movies with touching of the character having such liquid mirror and also the remaking of the part of that iconic subway battle in between Agent Smith and Neo.

After the Twitter post become viral, some comments have been seen which are pointing to some scenes that have missed out from the video. One debate always remains there about the missing of the original poster in these clips or the website needs to update with their latest footage and also with new content and t will be included with the official trailer that has dropped on 9th September 2021.

It is a little sad that the plot of the film is still a mystery to us but one thing has been confirmed that the cast will be comprised of both the latest and the old stars of the series.

The cast of The Matrix Resurrections will contain some of the returning faces from such original trilogy like Keanu Reeves as Neo, Carrie-Anne Moss as Trinity, Jada Pinkett Smith as Niobe, Lambert Bernhardt as The Merovingian, ad Daniel Bernhardt as Agent Johnson.

This latest The Matrix adaptation has been set to release on both theatres and also on HBO Max on 22nd December 2021.

Here is the teaser trailer of the film:

Previous articleMarvel Studio’s real worth to Walt Disney: All details about its box office sales, streaming collection, and many more
Next articleBMW CEO believes chip shortage will remain for another 6-12 months