“Love 101(Season 2)”: The trailer of the Turkish Love Drama series has been dropped 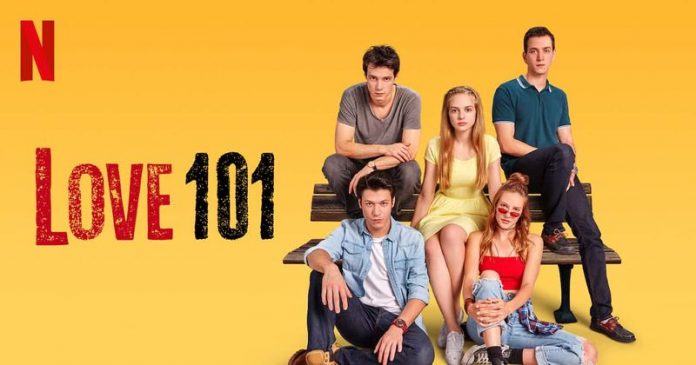 Netflix has dropped the trailer of the second season of the Turkish teen drama series Love 101. It is true as a teenager one of the big challenges is to be fit when still being true to yourself. It is a universal struggle and it becomes the reason behind the huge success of this series across the world. It mainly revolves around a group of five high school classmates who have been thrown together in detention.

All of them become to understand that their only hope to avoid expulsion is their compassionate teacher. Ms. Burcu. While Ms. Burcu declares that she will transfer to a new school, so to stop her, all the students make a plan to make her fall in love with their new basketball coach, Kemal at the time while all of them passing with more trouble.

This series has taken place both in 1998 and also in the present day, that time it contained some older characters reminiscing their days of glory. And also their not so glorious ones.

At the ending of the first season, we have seen several cliffhangers, so it is every natural that fans cannot wait to watch the second season. We will like to inform you that the wait is not too long.

It is reported that the final story for the second season is not yet revealed. It is expected that it will pick up from the scene from where it was left. The first season of this series has left many questions unresolved so it is expected that there will be a lot of directions that could go.

In this second season, we will see how the students will be orchestrated the new relationship of Ms Burcu and their basketball coach Kemal to love forward. Ms Burcu has known for her lenient approach to the core of the five troublemakers. After the realization that students are manipulating her into love, she might change the dynamic. In this second season, we will see the deal with the students and Ms Burcu’s trying to get back the trust in each other.

There are also will be consequences due to the defiance of the core five. In the finale, without apologizing for their misbehaviours, all the students will defy their school administration for the strict disciplinary system. In this the expulsion treat will always hover over the students, it seems like that the second season might watch to become more likely.

This also has left such big questions like in the flash-forward, the older versions of Isik and Eda, the series was mainly implied with something tragic that might befallen to the group, that also has led them dividing up with some time after the high school. It is expected that season 2 will shed a little bit of light on what happened.

In this latest season, we will see the same cast members barely added one or two. It is contain with the main five high school students like Mert Yazicioglu, as Sinan,  Kubilay Aka as Kerem, Alina Boz as Edal Selahattin Pasali as Osman, and Lpek Filiz Yazici as Isik. It is expected that Pinar Deniz and Kaan Urgancioglu will come back.

It will continue with the plot of the older version like Bade Iscil will appear as adult Isik and Tuba Unsal as adult Eda, Bugra Gulsoy declares about the role of adult Sinan, it will be his first debut show.

The shooting of both seasons was started between June 2019 and February 2020. These makers still do not confirm about the third season. After the season 2 plot comes reveal we may get a better view.