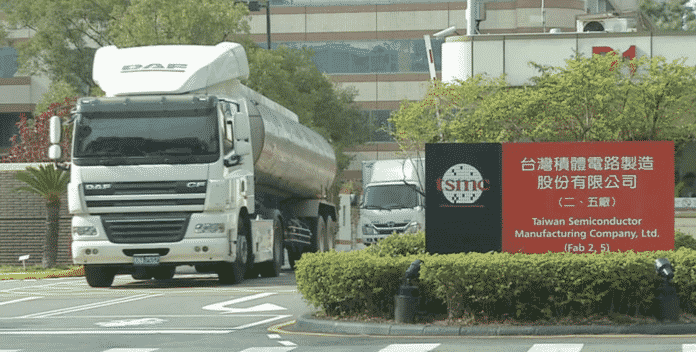 Analysts at JPMorgan Chase have reported that the world’s largest chip manufacturer, the Taiwan Semiconductor Manufacturing Company (TSMC) will be soon crossing the $100 billion revenue mark in 2025. This report comes based on another report from Citigroup which is even more optimistic about the chip makers’ performance where it believes that TSMC’s revenue will cross the $100 billion mark a year earlier in 2024.

On another report, we now know that  TSMC had increased its prices for all chip manufacturing process technologies. This will further increase the companies profits while focusing primarily on the company’s older technologies, with transistor sizes starting and increasing from 16/20 nanometers (nm).

The increase in the chip prices by TSMC is news welcomes by its many investment firms, who have outlined that the increase will help bolster TSMC’s gross margins and might even let the company surpass Intel Corporation in this crucial metric.

Coming to the analysis made by JPMorgan, the firm has listed down four factors that it believes will make TSMC earn $100 billion in 2025. the first factor is the strong demand for high-performance computing (HPC) platforms which is currently at a stronger than expected demand and will therefore increase their percentage in the company’s revenue pie.

The second factor is that TSMC is in a commanding position right now for smartphones, and its market share is set to grow in the coming years. It has strong packaging technologies and its wafer ecosystem are the final two reasons behind JPMorgan’s analysis.

If the analyst’s report of JPMorgan comes true then TSMC will directly compete with Intel Corporation. The American chip giant earned $78 billion in GAAP-adjusted revenue last year, and during the first six months of this year, it has brought in roughly $40 billion in revenue.