“Diana: The Musical”: Everything we know so far about the Royal Story film 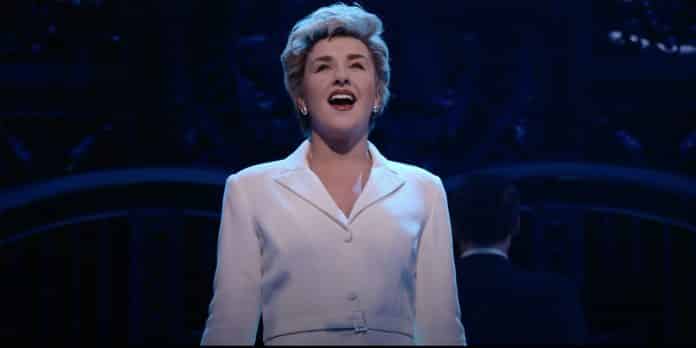 Netflix has dropped the trailer for the true musical story of the late Princess of Wales has been dropped. It got little delay due to the terrible coronavirus outbreak. It has been soundtracked by Jeanna de Waal who is singing the musical number “If” like Princess Diana. All the viewers will get a quick glimpse of the series that will take on the fame of the wedding dress Diana. It was first set to launch on 31st March 2020. Now, this show has been scheduled to depict on Broadway this November. The origin of the musical is at the La Jola Playhouse in California and alter this year, it will decide to play at the Longacre Theatre in front of a huge audience. Now, you may be able to watch the fantastic musical by staying at your home on an earlier date.

Diana: The Musical: Netflix Premiering before opening at the Broadway

It is expected that a filmed version of Diana will come on Netflix starting from Friday, 1st October 2021 that is two months ahead of the Broadway run. This film was shot in 2020 without any audience at the Longacre Theater and it will feature the exact Broadway cast.

In a joint statement, the producers of the Diana musical said that the chance to share their show, first time with the global audience of Netflix, and after that, it has welcomed a live audience come on Broadway, would be something that they had been dreaming about for more than one year. They could not be more thrilled to share the final of both the film and the Broadway musical with the entire world.

It was put together with the gaggle of Broadway veterans, it is featuring Christopher Ashley who got a Tony award for his performance on Come From Away, David Bryan who has directed the show, and also the writer of the music. Joe DiPietro has written the book. Kelly Devine who was already one of the musical stagings of Come From Away will be the choreographer of the series.

Diana: The Musical: Jeanna de Waal as Princess of Wales

This show will be her debut on Broadway. She also performed the role of Diana at the La Jolla Play House, so she is very close with this part, but not confirm about the massive spotlight. Marie Claire has recently confirmed the role of de Waal who has said that it is definitely a huge privilege to bring Diana to life on stage. She also has said that he feels very daunted by the prospect but she is hoping people who did not know about her and are also not familiar with her journey will leave the theatre with an idea about her contributions to the world. She felt everyone was very special from the highest person to the lowest ranking person and she think we definitely celebrate her.

The story greatly depicts the interviews and the life story of Dianna, mainly it has focused on the personal life of Diana, and it will also reveal the famous love triangle between Diana, Camilla, and Charles. The writer was also very careful about the verifying of the one person and also about the modernization of the series for the 2021 audience, give some hints about the parallels in this current moment.

After reading Tina Brown’s The Diana Chronicles DiPietro said that was a blue blood, she had been beautiful and she had been a virgin which was very hard to find in the 1980s London. At the time of centring of the musical on her life, the death of Diana in 1997 in a Paris car accident had been addressed as an epilogue.

We can say one thing confirm the specific dress that will anchor the entire story of the show. It is popular as the “revenge dress” which was a plunging black Christina Stambolian gown that she had worn to the summer party of the Serpentine Gallery in 1994. It was also that exact night while Charles has revealed his affair with Camilla Parker-Bowles throw a televised documentary.

In this will hear an entire song about it, the 23 musical numbers that have been entitled “A Pretty Girl in a Pretty Dress”. This dress was designed by Eilliam Ivey Long. It was designed for Diana to wear on the stage. Long said in an interview that before Act 1’s 11 o’clock number, she learned the choices of correct cloth would be weapons. She changed her style from Act 2 goddess and wore that popular sexy black dress. Her fuck you revenge dress was used to elaborate it. He also had cleared about the shoulder pads.

Diana: The Musical: Tickets for the Broadway Production

You can purchase the ticket from the website of the show. The preview performance will start on 2nd November with the opening day of 17th November.

Previous articleApple reportedly fires a senior engineer for leaking private information of the company
Next article“Ginny and Georgia (Season 2):”- All the Latest Updates about the renewal of the show