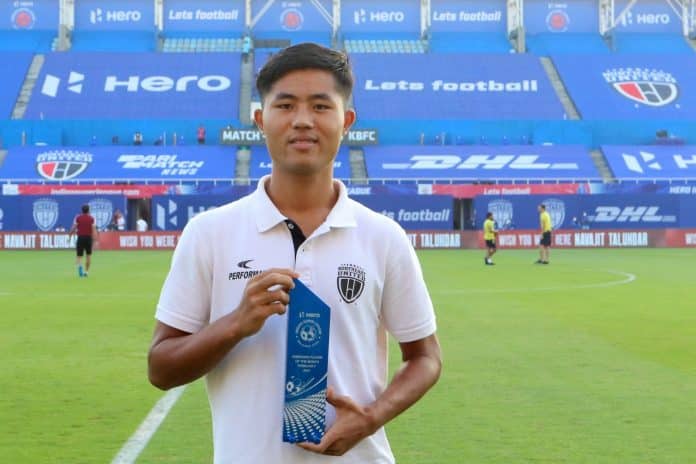 The Indian Super League (ISL) is a glitzy and glamorous league with a fast-growing fan base. Several teams have spent significant sums on top players in the past few years in the hopes of winning the league. Several ISL stars have also left the league, and the trend is expected to continue in the summer transfer window of 2021.

The top five most expensive transfers in the ISL during the summer 2021 window are shown below.

The dependable Australian centre-back joined FC Goa in the summer transfer window of 2021 after earning praise for his steady performances for NorthEast United the previous season. The Gaurs paid the Highlanders around Rs. 30 lakhs to obtain the 27-year-old service.

The previous season, FC Goa signed James Donachie, but head coach Juan Ferrando believes Fox will be a better fit. Dylan Fox is a terrific game reader with exceptional ball-handling skills. He’ll try to settle in Goa as soon as possible, and with such talented players surrounding him, it shouldn’t take long.

Ishan Pandita, one of the finest new home stars in the Indian Super League, has certainly lived up to the hype so far. The teenager has played for numerous Spanish youth teams, including Almeria and Leganes, as well as Lorca FC in the second level.

When Pandita chose to join FC Goa in 2020, he came back To India. Last season, the 23-year-old made his ISL debut, scoring four goals in 54 minutes. He came off the bench to save the Gaurs by scoring important goals. He also got his Indian national team debut as a result of his outstanding achievements.

Liston Colaco created a name for himself with Hyderabad FC after being developed by Sergio Lobera at FC Goa. He was the ideal late-game impact player for Manolo Marquez, who would use him against tired opponents. The winger had a very fruitful season in 2020-21, scoring two goals and adding three assists. His ability to defeat defenders at will and his rapid speed, though, were always the highlights of his performances.

Antonio Lopez Habas, the head coach of ATK Mohun Bagan, was so delighted by Liston that the ISL team chose to spend a colossal 1.2 crore transfer fee to get him away from Hyderabad. Liston has already made his AFC Cup debut for the Mariners, scoring two goals in the continental competition to match his tally from the previous season.

Hugo Boumous, without a doubt one of the top foreign players in the Indian Super League at the moment, was a fan favorite for Mumbai City FC during the 2020-21 season. Last season, the French-Moroccan midfielder helped the Islanders win their first ISL title and qualify for the AFC Champions League group stages. He only scored two goals but assisted nine others while playing a key role in Mumbai City’s victory.

In India, his greatest season came with FC Goa under Sergio Lobera in the 2018-19 season, when he scored 11 goals and added 10 assists. He was a key player for the Gaurs, who helped them finish first in the league and qualify for the AFC Champions League group stages.

With Javi Hernandez and Edu Garcia out of the picture, ATK Mohun Bagan needed a player to help Roy Krishna. Boumous emerged as the best choice after considering all of the options, and the Mariners set a new transfer record by paying almost 2 crores in fees.

Lalengmawia, one of the brightest stars in Indian football right now, as desired by numerous ISL clubs. Before joining the Indian Arrows in 2017, the young midfielder started his career at the AIFF Elite Academy. He was a veteran of the I-League, where he played for the Arrows. He was signed by NorthEast United the following season, and he made his ISL debut in the 2018-19 season.

However, Lalengmawia rose to prominence the next season, displaying maturity beyond his years and excellent ball control. When he led NorthEast United last season, he became the ISL’s youngest-ever captain. A lot of clubs were interested in signing the midfielder, but reigning ISL champions Mumbai City FC won the race after paying an astronomical transfer fee of 80 lakhs. It will be fascinating to see how Lalengmawia progresses under Sergio Lobera’s leadership.

Previous articleNike and Barcelona have been Collaborating Without a Contract since 2016
Next articleSony launches HT-S40R Real 5.1 Channel Soundbar with Wireless Rear Speakers