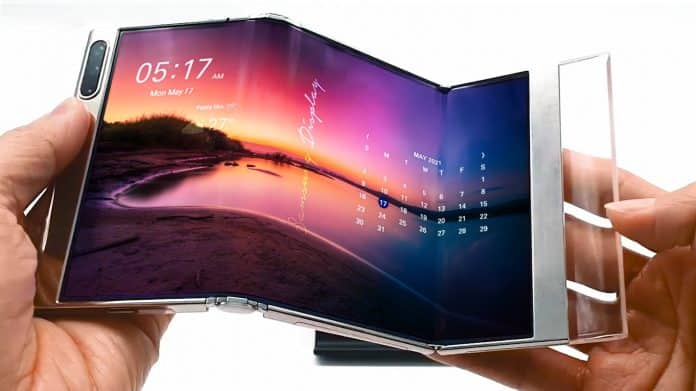 Samsung is listed among one of the leading innovators in the world and when it comes to the display’s the company is on a whole new level. We have seen some massive improvements over the past couple of years and everything is amazing. Everything reaches from having efficient OLED panels to having high refresh rate screens and now we even have foldable OLED panels.

However, according to recent reports, Samsung’s new display tech will be something that we have not yet seen in the market. Samsung Display showcased its latest stretchable display prototype that can span 13 inches and as the title suggests, the screen is capable of stretching and morphing, which results in a more immersive showcase of whatever you are watching.

In the above video, you can see the screen physically rising and falling, which effectively produces a 3D representation of the 2D content played on the display. But this is not the South Korean tech giant’s first attempt at a stretchable display, as the company previously unveiled a prototype back in 2017.

But at that time, the technology still lacked some finesse and was missing the final touch from the company. But it is still highly unlikely that Samsung will be using the stretchable display in a smartphone. Samsung claimed that this latest stretchable technology will greatly benefit the wearables, IoT devices, automotive, and AI industries.

The South Korean tech giant also stated that its stretchable display technology is still a work in progress at Samsung Display, and it will still be years before we can see some actual, real-world uses of these screens.