Frankie De Jong and Pedri: The Two Most Valuable players in the current Barcelona Setup 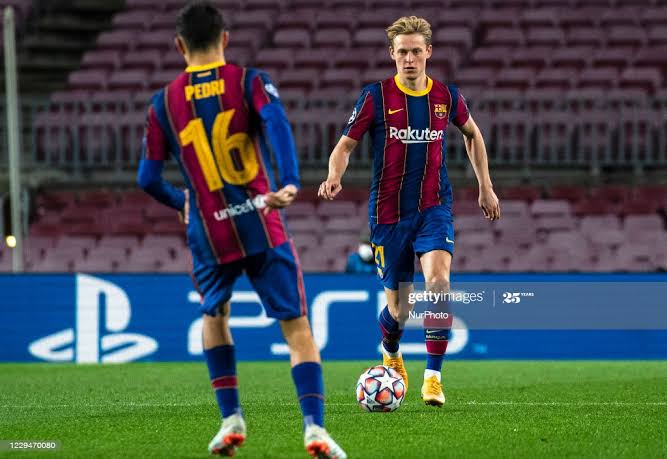 Despite all the financial problems that Barcelona are currently facing, the club is not facing any shortage in terms of young talent. In fact, they have arguably two of the biggest talents in Frenkie De Jong and Pedrj that can go on and help the Blaugranas reach the top of the pinnacle after Messi’s departure.

According to the valuation of the transfer market, the Dutch midfielder’s value is around €90 million. Whereas the Spanish midfielder’s value is €80 million. This dynamic midfield duo rank among the top 15 most valuable players in the world. In addition to that, Frenkie De Jong and Pedri rank in the top 5 in the list of midfielders. As a result, the Spanish giants will hope that the value and contributions of this midfield pair increase over time.

Also Read: Nike and Barcelona have been Collaborating Without a Contract since 2016

Rise of Frenkie De Jong and Pedri for Barcelona

Frenkie De Jong came into the spotlight during Ajax’s stunning run in the Uefa Champions League in 2019. The young gun impressed everyone across the world with his composure and skill on the ball in midfield. Following the 19-20 season, De Jong then joined the Spanish Giants Barcelona for a fee of €70 million.

However, the Dutch midfielder faced some difficulties settling in a new club and had an average first season with Barcelona. Although De Jong returned to his promising form in the next season as he performed extremely well. Consequently, Frenkie De Jong is on par to eclipse his best assist tally as he has provided two assists in three games this season.

On the other hand, Pedri made an immediate impact at Barcelona after joining them in 2020-21 season. He linked up very well with the attackers and showcased his flair and creativity. Soon the Spanish midfielder became a regular part of the team and also earned a national call up.

It is needless to say that the pair will get better over time and provide more contributions for the team. Hence Barça have tremendous talents in their hands and it is safe to say that the future of the club looks bright. In the end, it will be up to the management and hard work of the players to rise into superstars and earn more accolades.