Eternals: The Marvel Studios’ movie is all set to be released in India; All details about the cast, trailer, plot, and release date 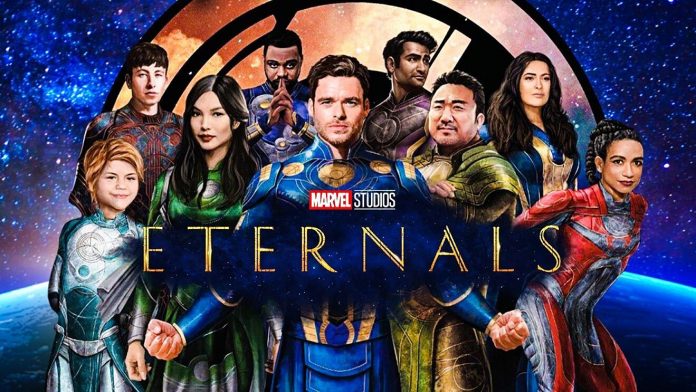 Eternals is an upcoming American superhero movie. The film is based on the Marvel Comics race named Eternals by Jack Kirby. The film is directed by Oscar-winner Chloe Zhao. It is produced by Kevin Feige, Nate Moore. Its Production company is Marvel Studios and distributed by Walt Disney Studios and Motion Pictures. The story is written by Ryan Firpo and Kaz Firpo.

The film looks suitably epic in the vein of the Avenger movies but also different in terms of tone and style as befits a team that is thousands of years old. This sets it apart from what we have seen in the MCU so far.

It also signals the further expansion of MCU. We know now that the multiverse is a reality in MCU, but Eternals is going to show how big and old the Marvel Universe really is. Now that we have moved beyond just the earth, we are going to explore the reaches of the galaxy and the universe and cosmic characters.

Marvel fans get excited after watching the trailer for the franchise’s new film named Eternals. The trailer tells us a little bit more about the Eternals, who were sent to planet Earth to protect humans from the evil Deviants.

The trailer also shows us that why the Eternals did not interfere with Thanos previously and are introduced to another potential threat to humankind – the Celestials – who originally appeared in Guardians of the Galaxy in 2014. One thing that the Eternals trailer does show us is that takes place after Avengers: Endgame.

There also lies an apocalyptic event on the horizon called ‘the emergence’ which has spurred the Eternals to step in and protect the planet.

The film Eternals revolves around them, they are immortal species who have been sent to protect planet Earth and have been watching over the human race for over 7,000 years. They have been tasked with defending humans from their oldest foe, the Deviants.

The Film Eternals, the MCU’s next instalment is all set for its release. It is going to be released on 5th November 2021.

Marvel Studios is going to light up our Diwali with a gift for Indian fans. The studio has confirmed that it will be going to release the film Eternals. It is the 26th film in the Marvel Cinematic Universe, on the day after Diwali on 5th November in English, Hindi, Tamil, Telugu, Kannada, and Malayalam.