“A Cop Movie”: All the Latest Update about the Action and Crime drama Cop Film 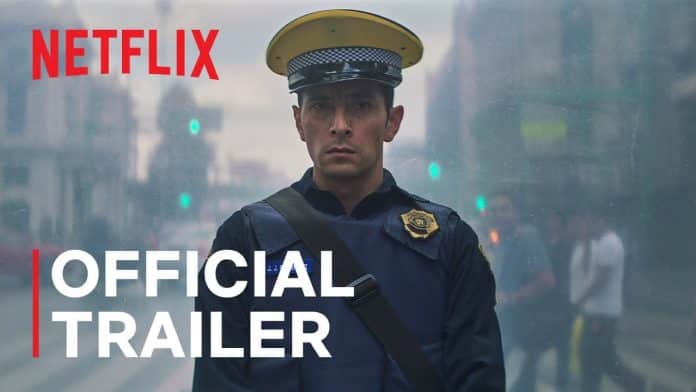 This November is going to be exciting for action film lovers. Netflix has dropped a trailer of genre-bending Mexican Cop based documentary film. It is a Spanish language action, crime, drama-documentary film. The film has been directed by Alonso Ruizpalacios.

The story of the film mainly sheds light on the life of the Mexican City cops. The trailer of the film begins with entering the police car by ringing its siren at night. It depicts the cops are like the actors as they have always acted to look tougher but sometimes they also become weak and soft. The life of a cop has passed to pretend within reality and there is no place of fantasy in their life. It reveals that about the cop who is always chasing the criminals.

In this Alonso Ruizpalacios is one who is the most inventive young auteurs. It depicts the story of Teresa and Montoya, both of them together are known to be “the love patrol”. In this, we will see Ruizpalacios will play the role of the boundaries of nonfiction that has been immersed in the entire audience, and also the people will come to know the hardship, struggle, and risk of the police work in the dysfunctional system.

It also depicts one Mexican cop who is ready to do anything to look like a cop in both look and action. You will also get assured and thought-provoking investigation of cops. It depicts mainly the dedication of the cops towards their duty. We can say that it is an original and unpredictable documentary.

After watching the trailer it assumes that Alonso Ruizpalacios is just diving deep into this Mexican police documentary film. It is true that all cops are not good there is all kind of cops like good and bad cops. At the ending of the trailer, one of the cops depicts the actual situation that no one in their right mind would become the cop in this city. In the end, we will also see Raul Briones is sharing his fear of cops.

The film has only confirmed the two of the lead role Raul Briones and Monica Del Carmen. The story of the film has been written by David Gaitan and Alonso Ruizpalacios. The producer is Juanelo Hernandez and the two executive producers are Daniela Alatorre and Elena Fortes.

This film has set to premiere on 5th November 2021. This film will release in some selective theatres on that same day and also on Netflix.