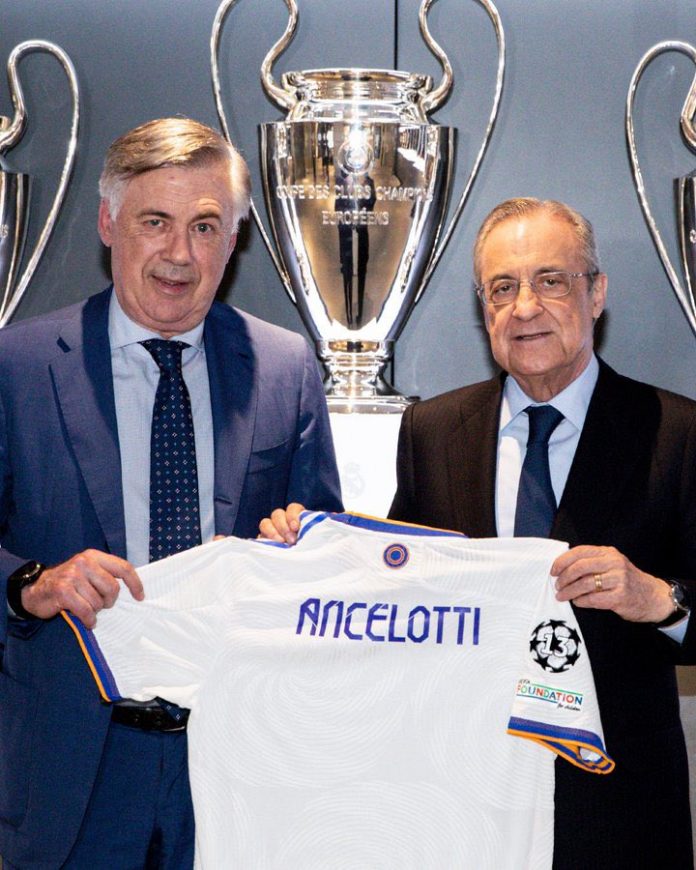 Now that the transfer window has closed in Europe’s top five leagues, Carlo Ancelotti knows the players that he will have to work with at least for the next few months.

The Real Madrid squad in 2021 of course, has similarities as well as differences to those in 2013. In this article, we’ll compare the way the squad lines up right now with that in Ancelotti’s first spell.

The abundance of young talent is prevalent between both the squads. In 2013, Ancelotti had a young Carvajal, Asier Illarramendi and Isco, while Nacho Fernandez, Alvaro Morata and Jese Rodriguez were promoted to the first team.

This time around, Eduardo Camavinga, Eder Militao, Rodrygo, Vinicius Jr, Fede Valverde, Jesus Vallejo, Antonio Blanco and Miguel Gutierrez are the young talents that the Italian can turn to, with new academy talents also an option.

Iker Casillas played the Champions League and Copa del Rey, while Diego Lopez was between the sticks in La Liga. Thibaut Courtois is currently the number 1 for Real Madrid and Andriy Lunin is the designated backup option.

In midfield, Xabi Alonso, Casemiro, Sami Khedira, Illaramendi, Angel Di Maria, Luka Modric and Isco were in contention for a starting berth. The latter two are still at the club and competing for minutes, and are joined by Casemiro, Toni Kroos, Fede Valverde and Eduardo Camavinga as the other options in the heart of the park.

Lastly, when talking about the frontline, Gareth Bale and Karim Benzema are still at the club. And by the looks of the first few games, they are going to be trusted to lead the line once again. Cristiano Ronaldo’s spot is still up for grabs, and while Eden Hazard is the natural replacement, Vinicius Jr could also be given regular minutes due to his hot streak in the first few games.