The gameplay reveal trailer for the NBA 2K22 is finally here! 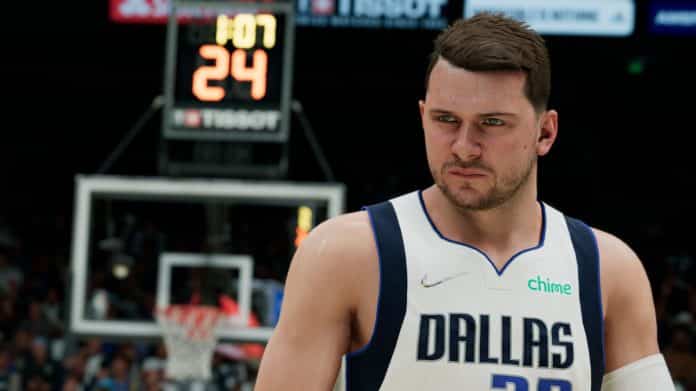 Next month the NBA 2K22 will be launched and just when there are a few days left from the launch of the game the developers have released a new gameplay trailer for the upcoming title.

The highly-anticipated basketball simulator is returning in September for its latest instalment, however, we are still unaware of the improvements that the players can expect in the new 2K instalments.

Earlier this summer we got some idea about the gameplay additions and features for NBA 2K22 but this is the first time that fans have been able to see them in action. The developers behind the franchise have also announced who the athletes would be that will grace the cover of the latest entry of the basketball franchise.

Both Candace Parker and Luka Doncic are the cover stars of NBA 2K22. Doncic is a point guard for the Dallas Mavericks and will take center stage on the standard edition of the game, on the other hand, Chicago Sky forward Parker will be on the cover of the GameStop Exclusive edition.

The new footage released just ahead of the game’s release shows gameplay taken from the current-gen versions of the game. The gameplay trailer also reveals appearances from the likes of Stephen Curry, LeBron James, and Michael Jordan.

over the years, there have been many features in the 2K that fans have complained against and with this franchise, the developers are aiming to correct those errors and release the game as a whole new experience.

Despite being a series that was a commercial success, many players criticized the games for their widespread microtransactions and lack of gameplay innovation. One notable problem was the controversial casino in NBA 2K20.

Hopefully, this instalment will fix the game’s previous errors.

NBA 2K22: Everything We Know About the Latest Updates and Patch Notes

Cover and price details revealed for the upcoming NBA 2K22