Premier League: No 7 Jersey of Cristiano Ronaldo breaks all the sales records of Manchester United 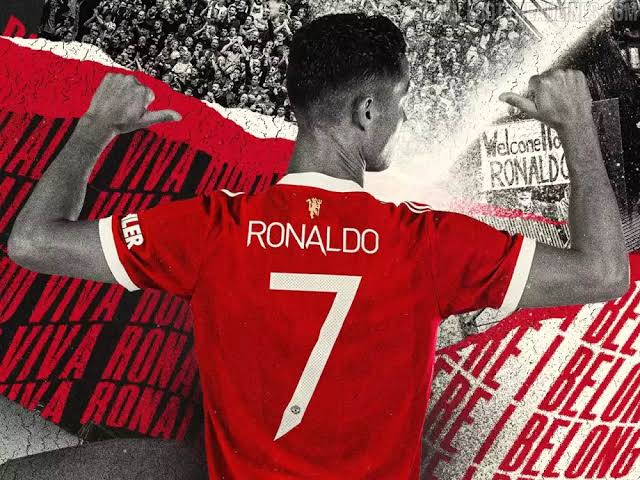 Football fans across the world were amazed after Cristiano Ronaldo decided to return for a second spell to Manchester United. Consequently, as soon as the Red devils signed Ronaldo and made an announcement on their social media, all the United fans became hysterical and shared stories on social media in the happiness of his homecoming.

Thereafter the Premier League giants confirmed that Cristiano Ronaldo will wear the iconic number 7 jersey. Following the news, the replica jersey has shattered all the previous sales records of the club. As a result, Adidas is facing a lot of problems to fulfil the demands of fans who are waiting to order this iconic jersey.

Despite the staggering number of jersey sales, Manchester United won’t be able to pay the entire amount of Ronaldo’s transfer money through the jersey revenue. This is mainly because a majority of the revenue will go to Adidas. The Red Devils signed a 10 year deal with Adidas worth £750 million in 2014. As a result, as per some reports, Manchester United will receive a minimal £5 per jersey sale despite the actual cost of Ronaldo’s t-shirt being £60- £100.

However, even though United will receive 10% from the jersey sales they have managed to recover 1/4th of the transfer fee paid to Juventus within the first 12 hours. Hence it looks like Manchester United is on par to at least regain half the transfer money through jersey revenue in no time.

According to several verified sources, the Number 7 jersey of Cristiano Ronaldo after his arrival to Manchester United has crushed the record for most jersey sales in a single day. As per a report from Lovethesales, fans in total have splashed an enormous £32.5 million on the jersey within 12 hours of the release.

The above-mentioned website traces the data of sales from more than 1000 retail stores in the United Kingdom. Moreover, it is speculated that Cristiano Ronaldo’s jersey sales have overtaken Grealish’s t-shirt sales. Owing to this fact that the Red Devils have sold between 295,500 and 406,250 jerseys during this period.

Therefore Cristiano Ronaldo’s number 7 jersey becomes the top-selling jersey ahead of City’s number 10 jersey of Grealish. In the end, Ronaldo’s arrival has helped Man United bag a tremendous amount of money and has increased the value of the club by a big margin.

Also Read: Ronaldo’s transfer will pay for itself in the months to come

Previous articleMiralem Pjanic slams Barcelona Manager Ronald Koeman for ‘Killing My Confidence’
Next articleInd vs Eng: England Finish 77/0 at Stumps on Day Four with 291 Runs to Chase on Final Day of the Test Match