All you need to know before Lucifer (Season 6) officially releases 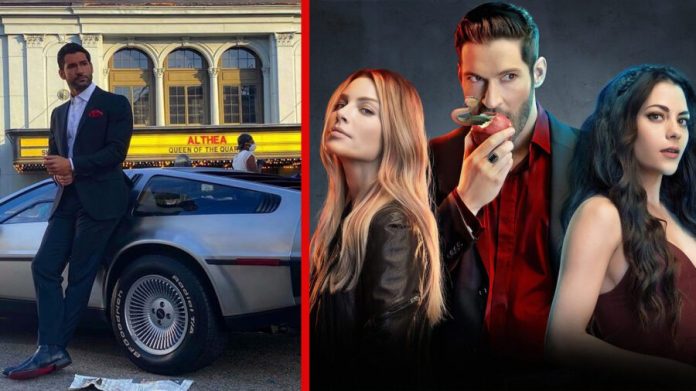 The sixth season of the Lucifer series will come to Netflix this coming Friday globally. It will be the last and the finals season for saving the show that has already been acquired from Fox. After returning on Netflix for season 4, it has become the biggest hit that will sadly end after the sixth season.

The fifth season of this series is already nominated for the 2021 Emmys for best choreography for the scripted series, and Tom Ellis has become nominated as the best actor for streaming the comedy series. The finals trailer of this season become release on the 10th August 2021.

After Netflix depicts season 5 to be the final season order, the fans also naturally become happy after hearing about the series’s revival. Still, it just takes it away for the two seasons later. Due to the several high-profile campaigns and for the fact it has continued to blow records out of the water, the fans also prevailed and set to get the show. The rumors for the sixth season start in early 2020 about the reversal of Netflix’s decision that began seeking to renew the sixth season 6, but this time, it happens only for once.

IIdy Modrovich and Joe Henderson had signed for the sixth season in late February 2020. Tom Ellis was also signed at the back in May 2020. It was the first time that Netflix reversed its course back in February 2020, the time while the TVLine has learned that Netflix returned in the talks with Warner Brothers Television for the series extension.

In an interview, Joe Henderson said that it would exactly remain the same as they had been planned, and it has really very, very important to them. After the season 6 idea came up, IIdy and he said to Netflix that if they did this and found the right story, they did not want to do to undo everything they have done. After you watch season 5B, you would understand how A and B will be the one big season. It would express how all the things would relate to the thing that was happened at the ending of the fifth season.

Chris Rafferty has said that they would not reveal God in the fifth season as they are aware of season 6. He said that they did not think to bring God down to Earth as it had been quite hard to be the top of the Almighty. He was very glad that they had done Season 5 the way they have done that, and it became more epic than the penultimate season having any bright to be.

IIdy  Modrovich and  Joe Henderson have been served as the co-showrunners, and both have been set on boards to watch season 6 of Lucifer through.

In the early of July, DB Woodside has confirmed he’s returning in his Tweet:

Last year, in September 2020, Scott Porter already had confirmed his appearance in both season 5band season 6. He is well known for his cast in Friday Night Lights and also has been starring in Speed Racer.

In December 2020, we learned many new characters like Merrin Dungey and Brianna Hildebrand would be featuring in season 6. Dungey is known as Alias, will perform Sonya, and Hilderbrand will play the role of Rory.

On 10th December, it has been revealed about the guest appearance of Mandy June Turpin in the role of Dr Jessica LaMotte.

Last year in late September 2020, many cast and crew had posted about the confirmation of season 6 of the official beginning of the production.

The co-showrunner Joe Henderson has confirmed that the filming began on 6th October 2020.

The filming of the series was continued till December and January 2021. It is reported that Lucifer also belongs from those shows which have faced extensions due to the terrible COVID-19 pandemic situations in Los Angeles.

It has been stated that in several interviews, the production would be moved from season 5 to 6.

It has entered into production again in February 2021 with huge cast and crew members continuing their posting from the IoT of Warner Brothers.

In early March 2021, it has been confirmed from Joe Henderson that it has been shared and also just has completed the penultimate table. Tom Ellis said that he had been something in his eye. Honestly. The second part of the series airing in early 2021 and it will not be inconceivable about the series that could come back on Netflix for season 6 within the ending of 2021. It is expected that in early 2022 it will come.

On 17th March 2021, it has been confirmed from IIDy that the entire team had been gearing up for the filming of the final episode that means it is expected that the filming will be finished within a few days.

Many posts revealed by the cast and team members are worth the reading, but the best thing is their post to represent the cast and crew the feeling on Instagram post.

The shooting was started on 6th October 2020, as confirmed by the co-showrunner Joe Henderson.

It is reported in late October 2020; we confirmed that the writers had ended their work for the sixth season and the final season with Ildy Modrovich.

The shooting is still continuing in December and January 2021, and many productions have faced an extension for coming back due to exploding COVID 19  rates In Los Angelos. It is not clear that has started the filming in 2021.

In February 2021, the series has continued to be in production with several cast members that have continued to post that Warner Brothers lot.

On the 17th March 2021, Ildy confirmed that the entire team had set to gear up to shoot the final episode, meaning that they had expected the film to finish completely in the next few days.

After an article became reported from TVLine that Lucifer(Season 6) would contain eight episodes, DB Woodside later debunked, who confirmed that season 6 contains 10 episodes in total.

After season 6, the account of Lucifer Writers has become slowed down the names of the latest episodes like

Episode 601: Nothing Ever Changes Around Here

Episode 603: Yabba Dabba Do Me

Episode 604: Pin the Tail on the Baddie

Episode 605: The Murder of Lucifer Morningstar

Episode 606: A Lot Dirtier Than That

Episode 608: This will be a bottle episode

In this season 6, we will be going to watch a time jump between the ending of season 5B to this season 6, and it would not get the attention on the particular villain for the sixth season instead of just targeting to focus on the main cast. Joe Henderson said that Season 6 is a much more intimate season with a focus on many characters.

There are many theories that will happen with Chloe to provide that she is no longer the detective for the work in the case favour that has been covered in the sixth season. Chris Rafferty has said that there is never any transition of the power of God to the new God before. There is a lot of confusion in the fifth season among the angels about how it looks exactly; all the characters have many things to know.

Henderson has said that bittersweet endings, tears, and joy and a fitting goodbye to all of the characters they have loved so much.

The first look of the series was shared on July 2021, and Tom Ellis has shared it from season 6, where he was standing at the side of a classic DeLorean car that has been featured in the Backside of the Future trilogy.

The whole episode of the final season was shoot at Magic Castle in Hollywood, and another episode was shot at the Disney Concert Hall.

It is known to us that in each episode, Lucifer always experimented with it, and this time, there is no exception as this sixth season will be tearing up with the rule book having an animated episode. The animated episode will become the third episode.

We will give a big thanks to the entire production team for completing a much faster than the schedule was expected to end than the previous season.

It is reported that the last and the final season will hit on Netflix on 10th September 2021 globally.

Netflix is now working on The Sandman, in which it has decided to feature Lucifer and also many characters that Tom Ellis will be performing the role. It was also informed that they are going in a different direction instead of casting Gwendoline Christie in the role.

It is very sad that time it has been defined that the series will not renew this time. The co-showrunner Joe Henderson has clearly described the seventh season.