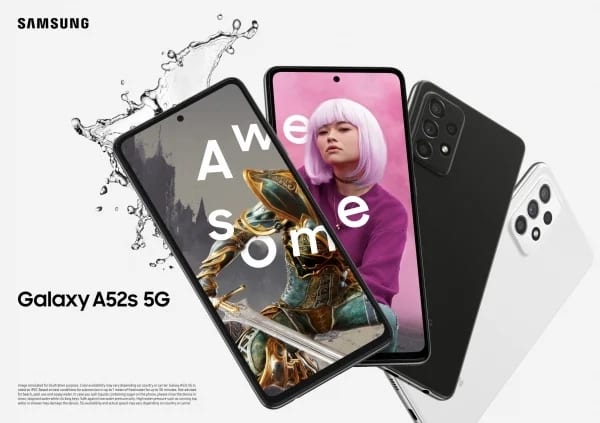 Samsung would bring a flagship smartphone feature to its mid-range Galaxy A lineup next year. According to Korean media The Elec, the company is gearing up to roll out optical image stabilization (OIS) to all the upcoming Galaxy A devices.

Samsung may make its 2022 midrange Galaxy A device a lot more compelling, especially in the imaging department. The company is reportedly planning to offer optical image stabilization support across the entire Galaxy A range and not just limit it to the top-end models.

OIS is a technology that stabilizes the camera in case of shaky hands while capturing by physically moving the lens or sensor. This helps in removing unwanted movement that may affect the output. With OIS enabled, the micro-electromechanical system (MEMS) gyroscope can detect movements and adjust the camera system, hence produced much-improved image quality.

OIS also plays an important role when it comes to low-light photography. More midrange devices such as the OnePlus Nord 2, Vivo V21 5G, Apple iPhone SE 2020, etc. come equipped with OIS, so it is only natural that Samsung would want to include this feature as standard across the board.

Until last year, OIS was largely limited to Samsung’s flagship phones. In 2021, however, the company launched a handful of Galaxy A series phones with OIS. Currently, the most affordable Samsung phone with Optical Image Stablization is the 4G-only variant of the Galaxy A22. The Galaxy A52 5G and Galaxy A72, which are two of Samsung’s best Android phones in the mid-range segment, also offer OIS.

If it’s accurate, the feature could appear on successors of the Galaxy A22, Galaxy A32, and Galaxy A42. As Samsung usually launches its mid-range devices between its flagship launches, we could be seeing one after the launch of the Galaxy S22 series. The source predicts that it could be the successor of Galaxy A42 as it has the earliest debut near the end of 2020.

OIS camera prices are about 15% more expensive compared to traditional autofocus ones, so an average smartphone sales price increase of at least 3% can be expected. Chinese OEMs have an edge over Samsung in the midrange segment with respect to pricing, but the inclusion of Optical Image Stablization across the board may make the Galaxy A series a lot more appealing particularly with low-light photography.