Qualcomm Snapdragon 898 spotted for the first time on Geekbench 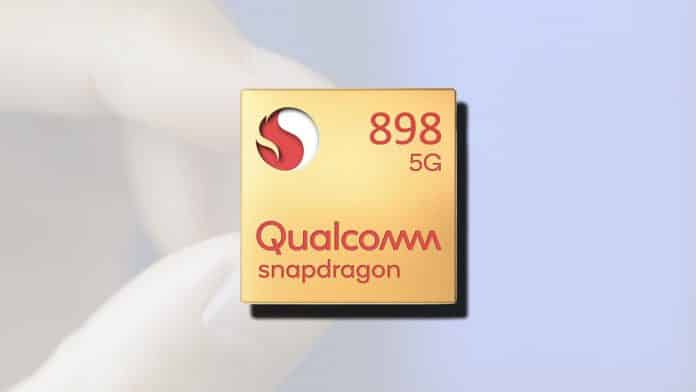 Twitter leaker Abhishek Yadav has stumbled across what could possibly be the Qualcomm Snapdragon 898 SoC, this is the first time that the chipset has been spotted on Geekbench.

It appeared to be running alongside a yet-to-be-announced Vivo handset of all devices. We are accustomed to seeing Qualcomm debut its high-end hardware alongside Xiaomi smartphones. Several reports have already stated that the upcoming Mi 12 Series will be the first to feature the Snapdragon 898 SoC.

The listing also tells us the chipset’s codename, it is ‘Taro’. This particular Geekbench instance, however, does not tell us much about the performance specs of the chipset, as the single and multi-core scores of 720 and 1,919 are significantly lower than its predecessor.

A leak from earlier had stated that the Snapdragon 898 would be 20% faster than the Snapdragon 888, but it is not reflected in the results that we have seen. This performance issue could be due to it being an engineering sample and the smartphone was quite possibly running unstable firmware.

Alternatively, the test could have been run with battery-saving mode enabled, which usually throttles the XPU heavily. Bad thermals could be at play here as well, one could also pin the blame on Samsung’s 4nm node, which the chipset will apparently utilize.

We also get to know about the Snapdragon 898’s core configuration. It appears as though if the ‘prime’ Cortex X2 core will be clocked at 2.42GHz. The Cortex A710 core and Cortex A510 cores are clocked at 2.17GHz and 1.79GHz, respectively.

These numbers go on to prove that the Snapdragon 898 in question is not running at its maximum potential. We found out earlier that the Cortex X2 core, in particular, can go as high as 3.09GHz. To put things in perspective, the Snapdragon 888’s Cortex X1, Cortex A78, and Cortex A55 cores were clocked at 2.7GHz, 2.4GHz, and 1.7GHz respectively. The listing also confirms that the Qualcomm chipset will run an Adreno 730 GPU.

Previous articleReal Madrid plan to sign both Mbappe and Haaland in 2022
Next articleiPhone 13 and Apple watch rumours, Apple delays child safety feature and many more, Here’s our Roundup