“Laabam”: The trailer shows the clash of Vijay Sethupathi’s labour force against the capitalism of Jagapathi Babu 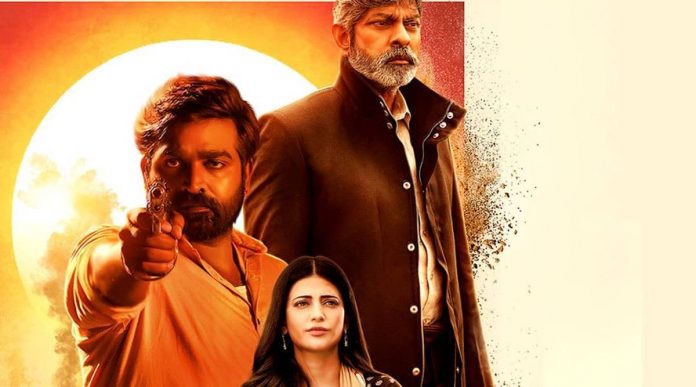 The final theatrical trailer of Vijay Sethupathi’s upcoming movie Laabam was dropped on Friday. After watching the trailer it provides us with a glimpse of the little battle in between two of the ideologies just capitalism and communism. It is the main focus of the story.

It has been seen that Jagapathi Babu who is standing with the selfish and greedy capitalists in the entire world and also is making plans to raze the villages and will make swanky roads to provide the chain of the supply. In this Vijay Sethupathi will play the role of a farmer who will come in his path for protesting with the banner.

Vijay Sethupathi has given us a quick crash course about this crony capitalism film, he said that rivers and lakes have made by his ancestors are the actual infrastructures.

You would exploit all of that and utilize the money that he pays in taxes to build everything that you require to run your business in the name of the betterment of the country. The meaning of the word “Laabam” is profit and it is written and directed by the late filmmaker SP Jhananathan who has recently passed away.

The director was very carved a niche for himself in the industry by creating films of social consciousness that have given a reflection to the evils of an unequal and also casteist society. After watching the trailer, we understand that this time also there is no exception. The other remarkable work of the director is the 2006 film E and the film 2009 Peranmai.

It was the second film of SP Jhananathan with Vijay Sethupathi after the Purampokku Engira Podhuvudamai in 2015 that was created as a geopolitical drama.

This film now is completing its preparation to release in cinemas on 9th September 2021, on the occasion of the Ganesh Chaturthi festival.

Previous articleTop 5 teams favourite to win the Durand Cup in 2021
Next articleChina experiencing GPU prices hikes, thanks to shortages: up to 92 USD increase in a month