“Dear Megha”: All the Latest Updates about the Romantic Drama film 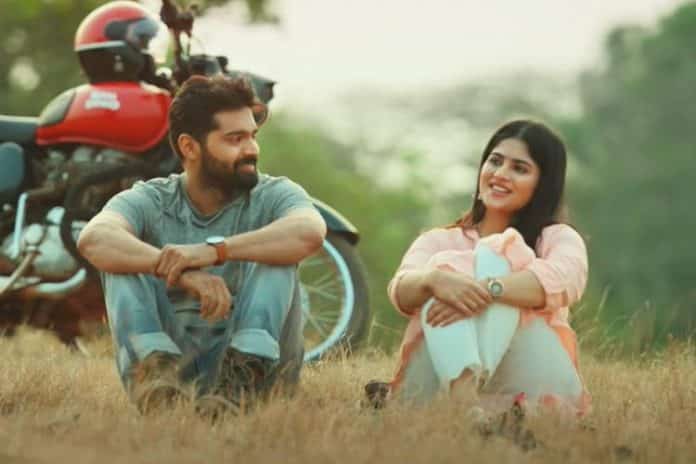 In the trailer, it depicts that this movie has the plot of the backdrop of the college, and also the story is mainly focused on the love triangle between the lead characters both Adith Arun and also the character of Arjun who are respectively falling in love with the girl Megha in the film.

The film has been produced by Arjun Dasyan that is also under the banner of Vedannsh Creative Works. The teaser of the film has been ended with a note that is “Stories End…Love Stories Don’t”.

This film is basically a very emotional romantic drama. Among the several Telugu film that has been scheduled to come on the big screens after the theatres become opened after the second wave of terrible COVID-19.

The poster of the first look has been shared by Adith Arjun in February. It has seen in the poster that the actor Megha Akash is shedding a tear. After sharing the poster Adith give a big thank you to Rana Daggubati, Vijay Sethupathi, and the director Gautham Menon for revealing the first look and the motion poster of this movie. He also shared his excitement about working with the team after ages.

On the basis of the movie, Adith wrote that his next film that he was super excited about. Working with the entire team of friends after ages he was very excited. A big thank you to Rana Daggubati, Gautham Vasudev Menon, Vijay Sethupathi for releasing the first look and motion poster of Dear Megha.

The film is featuring with Megha Akash, Adith Arjun, and Arjun Somayajula. The music of the film has been composed by Gowra Hari and the role of the cinematography has been handled by I Andrew on board. Next time we can see the actor Megha in the upcoming Tamil film of Vijay Serthupathi Yaadhum OOre Yaavarum Kelir. It has been helmed by the debutant movie maker Vendata Krishna Roghanth.

T is informed that this film will release theatrically on 3rd September 2021. The shooting of the film has been completed simultaneously in Tamil and Telugu. Sushant Reddy is the debutant of the film.

Previous articleHere’s why PSG have not been affected by FFP regulations
Next articleDeal: MacBook Air with M1 (2020) is now available at just $849.99