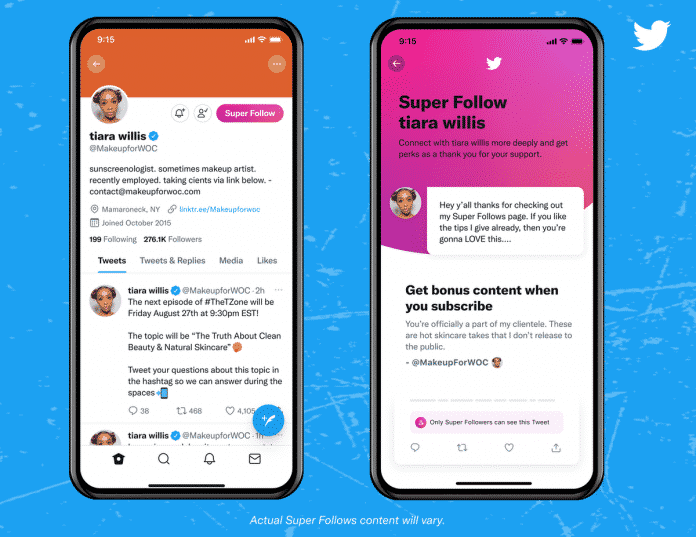 Twitter is one of the most famous social media platforms of this world and this year the platform is increasingly releasing new features and experimenting with never-seen concepts. Recently, the social media platform has officially rolled out its new and paid Super Follows feature for the creators who are there on this platform.

There are many people on the platform who have no idea how the micro-blogging site work so let’s make things easy for everyone to understand.  The latest feature rolled out by Twitter is called Super Follows. The name doesn’t give away much for the public to take away however, the new feature will allow you to charge followers a monthly fee so you can offer them exclusive content for a price.

Creators can charge up to $9.99 per follower for exclusive content. But you do have the option to start things off with $2.99 and $4.99. You can offer content based on the tier being purchased.

Creators can also keep up to 97% of the revenue earned however their total revenue has to be under $50,000. But if the revenue crosses the before mentioned amount then the creators will be allowed to only keep 80% of the revenue after paying fees to Twitter.

Currently, the super follow feature is only available in the United States and Canada. You can apply for it if you have 10,000 or more followers and live in one of the aforementioned countries.