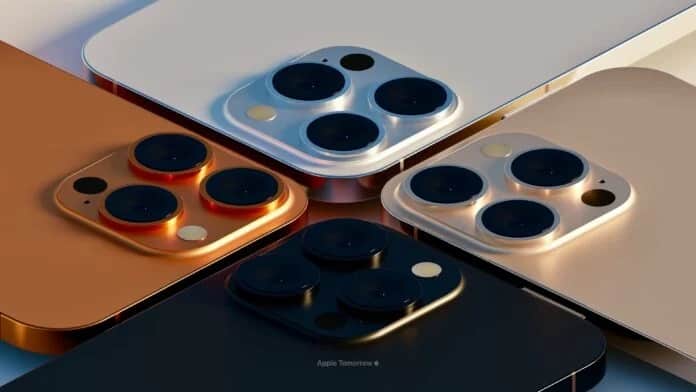 Apple is again said to be planning a folding periscope lens for the 2023 iPhone range, but will now not buy from Samsung, which owns patents on the technology.

Samsung had used Samsung Electro-Mechanics’ folded zoom technology for the Galaxy S20 Ultra for the first time. Apple is planning to apply the technology for iPhones launching in 2023, but patents are getting in its way.

Samsung Electronics had secured the patents needed for the technology by acquiring Israel-based Corephotonix in 2019. Samsung Electro-Mechanics and Jahwa Electronics, which are part of Samsung’s supply chain, also owns patents related to actuators used in folded zoom lens barrels.

However, according to The Elec, Apple is planning to exclude Samsung from its supply chain for a folded zoom camera module in 2023. The publication has previously said that Samsung will supply components to LG InnoTek to assemble for Apple.

Now, however, The Elec says that Apple is aiming to source components separately. Reportedly, Samsung’s patents are getting in the way of Apple’s plans, but it will either work around them, or pay a licence fee. Apple has reportedly been investigating introducing a so-called “periscope” lens to the iPhone. Analyst Ming-Chi Kuo initially expected it in 2022, but later revised that to the 2023 iPhone range.

A folded camera refracts light like a periscope and has lenses and sensors placed horizontally and not vertically. There are have been numerous reports that Apple plans to introduce such a iPhone. And the company has filed for and/or been granted several patents regarding such a smartphone.

Periscope lenses allow for greater optical zoom by bouncing light inside the phone off a mirror before passing it through another smaller lens which can be moved closer and further away from the sensor, amplifying the light even more.

The report says that if Apple wants to include the upgrade in 2023 it needs to finalize specs and suppliers “this year”, and is looking at potential alternative manufacturing partners.

Previous articleRealme Pad Officially Teased By CEO Madhav Sheth, Design and Details Tipped
Next articleRedmi increased the prices of these Phones from September 2