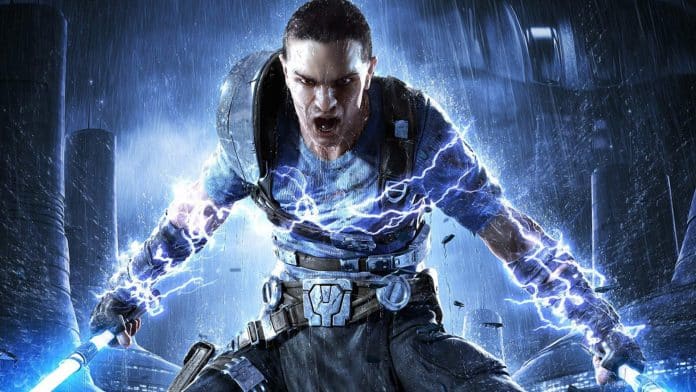 Star Wars video games have been around us for many long years, however, the games have always lacked something or the other in them.

Some of the games out there follow the story of the movies whereas others have offered their own story. So for those out there who are fans of the franchise we bring you a list of ten must-play games of Star Wars.

This is one of the best games out there and the Super Return of the Jedi debuted on Nintendo systems in 1994. this game offered a fitting end to the Super Star Wars saga and is adapted to the original trilogy.

The soundtrack of the game is particularly awesome and hearing it now is an instant hit of nostalgia,  especially for anyone who spent their youth trying to beat those pesky boss levels.

Star Wars: Dark Forces is a first-person shooter and it is one of the best to come out during that decade. The game lacked multiplayer features at that time but had the support of some solid graphics for the time and superb level design that provided a good challenge throughout.

2005’s Star Wars: Battlefront II took the foundations of the first Battlefront and added an engaging single-player story mode on top of that solid bedrock.

This game is another shooter from star wars that launched in 2005.  While most people probably think of Jedi and space combat when Star Wars comes to mind, Republic Commando changes the pace, offering military-style combat that puts the troopers of the Clone Wars front and centre. Its multiplayer mode was depicting however its single-player mode is worth remembering.

Star Wars Jedi: Fallen Order is one of the best single-player Star Wars games to come out in recent memory. The story is set five years after the events of Revenge of the Sith, players control Padawan Cal Kestis, one of the last surviving Jedi following Order 66, as he traverses across the galaxy attempting to complete his training and rebuild the Jedi Order.

The game allows for better exploration of a host of planets and we can also customise a lot of weapons and droids.

This game featured one of the finest renditions of the famous Trench Run ever to be featured in a video game.

This game is an arcade version and has familiar settings for star wars fans. It also includes bonus ships and missions and players can fly every ship available in the universe.

This game gave us a plethora of weapons to wield and sprawling levels to explore that the series had come to be known for. However, this game also has a very scrappy storyline. But was quite as satisfying as seeing the slowed down 360-degree camera spin after cutting an opponent’s arm off.

Lego Star Wars: The Complete Saga is a compilation of the first six episodes in the Skywalker Saga, representing two great LEGO games in one.

It is a game for both young and old fans alike, and it has a very goofy storyline and it is a gem that offered a blueprint for the future LEGO Star Wars games.

This is one of the best games about the empire that has ever been made in the star wars franchise. Boasting a surprisingly strong story spanning much of the original trilogy, this is one of the few games that offer complex mechanics with accessible arcade gameplay as TIE Fighter does.

On this list, this is the best game of all time in the star wars franchise. Set thousands of years before the events of the movies, Knights of the Old Republic was something extraordinary as it provided fans of the franchise a completely different look at the Star Wars universe.

This game fully immerses you in this fictional universe with rich storytelling. Its been nearly 20yeras since the launch of the game but the Knights of the Old Republic is remembered not only as a gold standard for the RPG genre but also as a high point in Star Wars video games.