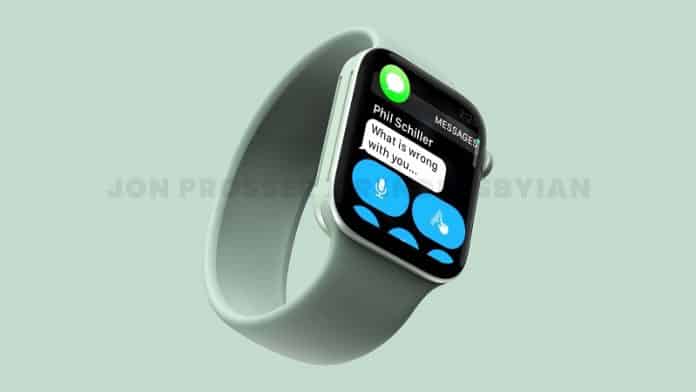 Apple is all set to launch its next iteration of smartwatches at their annual event this month and the reliable tech journalist Mark Gurman has dropped a new rumour for the upcoming Apple Watch.

In terms of health-related features, there will not be any huge upgrade when compared with the Apple Watch Series 6. On the other hand, the recently announced Samsung Galaxy Watch 4 series already measures blood pressure and body composition.

Apple has been a home name for its reliable products especially in the US and recently it crossed 100 million Apple Watch users. So, the company is speculated to find a way to measure body temperature to aid fertility planning, as well as improving its algorithm to monitor irregular heartbeats.

According to sources, Apple Watch Series 7 will feature a new smaller “S7” chip which will offer more space for other components like a bigger battery. It’s also rumoured that the Apple Watch could feature a design overhaul, bringing the aesthetics closer to the iPhone lineup with a boxier look and feel.

Previous articleCycle Incense, Daraz ride on Sri Lanka cricket to expand horizons
Next articleSuper Follows finally launches on Twitter for the creators in the United States and Canada