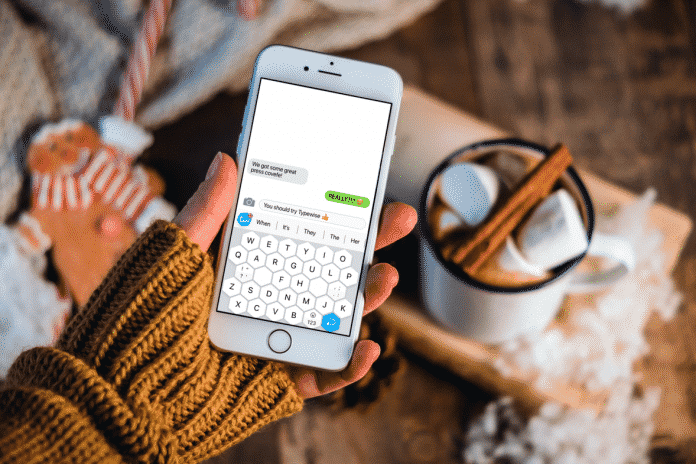 Typewise, a novel hexagonal smartphone keyboard created in Switzerland has seen remarkable organic growth in India, despite no promotion or advertising in the country.

With over 1.3 million downloads globally, Typewise has also seen significant uptake in India, growing by 1891% since January 2021.

Typewise have re-designed the 150-year-old QWERTY keyboard and optimised it for the way people type on the much smaller smartphone screen. This allows users to type faster and more accurately, with 4 x fewer typos compared to default smartphone keyboards like Gboard, SwiftKey and Apple Keyboard.

Typewise uses a novel hexagonal layout with intuitive gestures, custom-built AI autocorrect which can learn each user’s slang, language auto-detection to switch between dictionaries, and has 100% privacy built in.

The growth in India has surprised the Zurich-based deep-tech start-up as they have not actively promoted their keyboard in the country, but Typewise Co-founder David Eberle believes that the hexagonal keyboard design, the privacy offering, and the supercharged autocorrect AI are the main reasons why the uptake in India has grown so quickly:

“Many Indians seem very open to trying new tech, compared to some European countries which can be more old-fashioned. The QWERTY layout that most smartphone keyboards still use, was designed for mechanical typewriters almost 150 years ago, but Typewise is optimised for the small screens of smartphones. So Typewise allows users to type faster and more accurately. We also know that privacy is a big concern for many people now, which seems to be important to our Indian audience.”

Typewise is free to download for iPhone and Android devices, with a PRO (paid) version that offers additional functionally also available.
The number of Typewise app downloads in India grew by 1891% during the period from January 2021 to July 2021.

Typewise is a next generation smartphone keyboard for iOS and Android, created in Switzerland, that has been downloaded by more than 1.3 million users. Designed for typing on smartphones, with 70% larger keys, a patented honeycomb key layout, and world class AI autocorrection technology, it reduces typos by 4 times, increases typing speed, and is built for 100% privacy meaning no typing data is transmitted over the internet. It also enables users to type in 40+ languages without needing to manually switch between them. The app is available as a free and pro (paid) version.