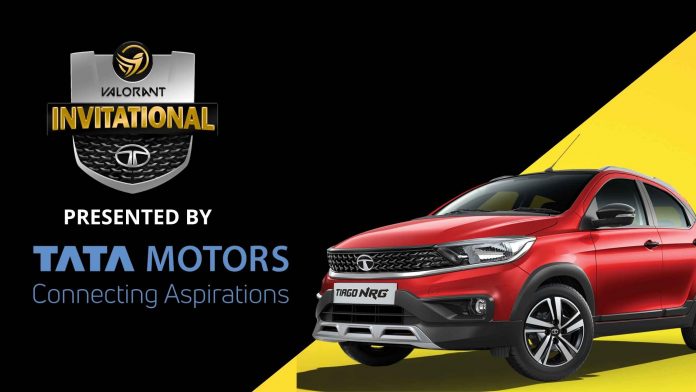 This partnership also marks the entry of the country’s biggest automobile manufacturing company Tata Motors into the Esports domain which has seen a rapid rise in the recent past.

While welcoming Tata Motors to the Esports family, Sharang Naicker, CEO & Founder of Yuvin Esports Pvt. Ltd., said, “One of the most premier and established automobile companies, Tata Motors is entering into Esports. The brand name and presence like Tata Motors always incites an environment of awe and veneration for all the communities out there irrespective of the medium they are currently in. Tata Group has been supportive of multiple sports for centuries and now everything becoming ‘e’ is the perfect time for the grand entry into ‘e’sports.”

Founded by the ex-pro gamer Naicker in 2018, Yuvin Esports Pvt Ltd has been focussing on building and grooming talent from India, South Asia and Southeast Asia for a competitive international arena. The exciting competition will feature India’s top eight Valorant teams battling it out in a single-elimination format for a prize pool of INR 1 lakh. The teams will be contesting in a best-of-three format while the grand finale will have a best-of-five format on September 5.

Yuvin Esports’ this invitational Valorant Tournament is an engagement with Tata Motors that will coincide with the recently launched all-new Tata Tiago NRG. “Tata Tiago NRG is a perfect car to own for our young, dynamic, tech-savvy Esports enthusiasts. We are extremely proud and excited that Tata Motors has partnered with us to promote Tiago NRG through a modern medium of Esports. This is the first of many events we have planned for the massive Esports enthusiasts’ community. With your love and support, we are sure to build an immensely respected brand,” Sharang Naicker further added.

India’s one of the most popular and trusted brands, Tata Motors has been contributing to the growth of the Indian sporting industry with its support to many sports over the past many years and through this association, the brand will look to encourage the Indian Esports ecosystem.

“Tata Motors has time and again come forward to show its support to all kinds of sports and with this association, we commence our maiden journey into the Esports Arena. The Indian Esports industry is growing at a very fast pace and is becoming a preferred choice of entertainment of young millennials and Gen Zs. At Tata Motors, we cater to the young and aspirational needs of our customers and electronically played sports are one such promising channel. We look forward to a fruitful association with Yuvin Valorant Invitational and hope to encourage the growth of budding talent in this new age field.” Nikhil Kurian, Head – Digital Marketing, Tata Motors, PVBU commented.

RedBull is an official Energy Drink Partner of the Yuvin Valorant Invitational Tournament. Released in June last year, the FPS game Valorant has been one of the most popular esports titles not only in India as well as across the globe.

Esports enthusiasts and fans can now not only play but enjoy the thrilling action as the tournament will be streamed live on Yuvin Esports’ YouTube channel in English as well as in Hindi.

THE INVITED TEAMS ARE: