“Tughlaq Durbar”: All the Latest Updates about the political satire film 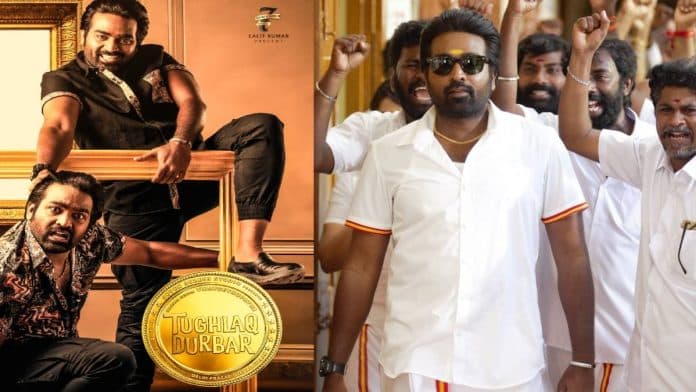 On Tuesday Netflix has dropped the trailer of Tughlaq Durbar. This film is featuring Vijay Sethupathi in the lead role. The beginning of the video depicts the popular Cooum River from Chennai that was once a source of freshwater, today it is a large cesspool and it has provided a perfect allegory for the directorial debut of Delhiprasad Deendayalamn to depict the recent situation of the political affairs of the country.

In this trailer, we will also get some mythological heft for the character of Sethupathi who has been presented like the man born for erasing the mess that has been created by some excessive and greedy power-thirsty politicians. It is the first time as Sethupathi is standing with the broomstick just like the sentinel determination to save the thing that has just left the city.

In this film, Sethupathi will play a huge shot to the politician that has been played by Parthiban. It is assuming that the character of Sethupathi is moral of a flexible man who has believed that only one diamond can cut another diamond that indicates to defeat a cunning mind it also has needed a cunning mind.

The story of the film is just like the direct mockery of the antics that have been played by a politician like the performance of Sethupathi that has set to take such over the top to the public theatrically to another level that has brought the validity of the comic.

After watching the trailer it seems that Sethupathi and Parthiban were not enough for mocking the politicians so Delhiprasad just has roped in Sathyaraj who is known as the mockery king. It is the second time that Vijay Sethupathi is collaborating with Parthiban. The first time they have shared the space of the screen was in the comedy-drama Naanum Rowdy Dhaan.

This film is featuring with Manjima Mohan and Raashi Khanna in the lead roles.

We can see this film on Sun TV. This film has set to premiere on 10th September. At last, it has set to come on Netflix.