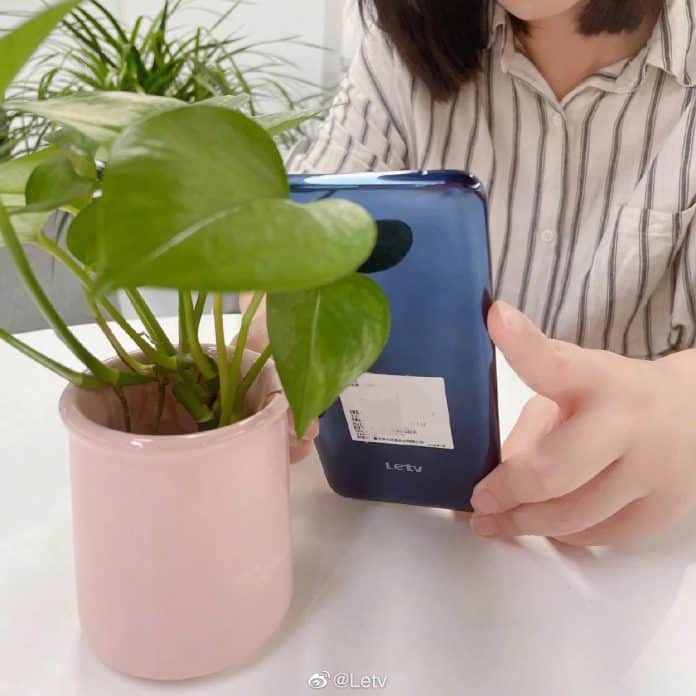 Earlier this year, in the month of May, we witnessed the return of LeTV Smart Ecology for its products, including Smart TVs and smartphones in the market. While the company has not launched a new device, it has teased at launching a smartphone by sharing the live images of a new device.

The company has shared live images of an unnamed smartphone on its official Weibo account, without revealing the actual specs of the device.

The image shows that the smartphone features a waterdrop notch on top of the screen for housing the front-facing camera sensor. The chin below the display panel is a tad bit thicker, indicating that the phone’s design is not new and it may have been designed sometime back.

On the backside, the phone carries the LeTV branding towards the bottom and at the top-center position, there is also a circular camera module, another hint with respect to the phone’s design being made a couple of years back.

A smartphone from the company named the LeTV 5 has been spotted on TENAA, indicating that the device could soon be officially launched in China, the listing reveals that it features a 6.5″ HD+ display offering a screen resolution of 1600 x 720 pixels.

The device has a triple-camera setup on the rear with a 48MP primary sensor and two, 2 MP sensors. Coming to the selfie shooter, it has an 8MP sensor.

The listing hints that the smartphone is running the Android 9 OS out-of-the-box and is powered by a 4,900mAh battery. More details about the phone’s specs remain a mystery, the company has not yet announced an official launch date yet but since it has passed the TENAA certification, the smartphone could launch in China real soon.