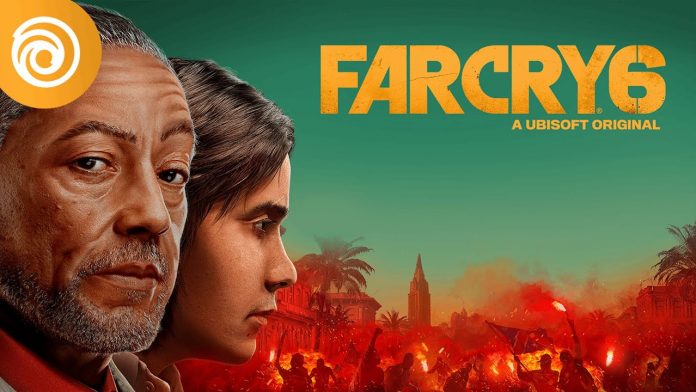 Far Cry 6 is an upcoming first-person shooter game developed by Ubisoft Toronto and published by Ubisoft. It is the sixth main installment of the Far Cry series for Amazon Luna, Microsoft Windows, PlayStation 4, PlayStation 5, Xbox One, Xbox Series X/S, and Stadia. The game is set to be released on October 7, 2021.

Far Cry is not what it used to be and has changed a lot over 17 years when it first launched as an original PC game in 2004. almost every game of the Far Cry franchise has brought to us new and interesting adventures and gameplay tweaks.

And the latest and upcoming installment in the franchise which will be Far Cry 6 will not be any different. And this installment as we know will fill much closer to home.

The exotic locations, maniacal bad guys, and a hefty dose of madcap violence – are all still there, and Giancarlo Esposito’s Anton Castillo feels ominous. After the lovely adventure which we had in Far Cry 3, the tropical setting is back and will now be boosted by the added benefit of modern graphics.

However, there is one thing that is new in the game which is the inclusion of an entire modern city of Yara’s Capital of Esperanza. I am really curious to see how the guerilla tactics the series is known for translate to an urban setting.

The most recent mainstays of the game that is the treasure hunts and Fangs for Hire, now called Amigos, are all back. In Far Cry 6, players will level up, while increasing your Guerilla Rank as you complete missions and clear outposts and checkpoints, and generally do all the Far Cry-ey stuff we know and love.

This time the access to different weapons and items can be unlocked after moving up the ladder of the resistance army, and these items can then be customized to fit your preferred playstyle or meet a specific challenge.

“Supremos all have their element in a way. Some are tied to poison, fire, or explosives, and all that. For us, it makes sense that you don’t necessarily have the same loadout of gadgets on top of them … It encourages you to try different approaches.”

Yara is an extremely pretty world and it’s a Caribbean island full of green trees and blue skies. However the island is under the rule of a fascist regime, and you have to take them down. Have fun hunting.

“It’s the first time in a Far Cry game where you fight an actual army, like a proper army. To me, it would have felt weird if there weren’t any specialist units. We’ve seen a lot of stories – in [all] media, I’m not just tying it to games – where it’s just, ‘We’re rebels fighting the evil big bad,’”. And when you look at it, it’s like, ‘well, those people all have wildly different interpretations of how to win and what Yara should look like.’ And that was a gold mine for us, story-wise.”

- Advertisement -
Powered by JustWatch
Share
Facebook
Twitter
Pinterest
WhatsApp
Linkedin
Previous article“Evil (Season 2)”: Netflix has cancelled this season, and season 1 is set to leave in October 2021
Next articleABP News becomes the Principal Sponsor of ‘UP Yoddha’ for Pro Kabaddi League 2021-22