“Happier Than Ever: A Love Letter to Los Angeles”: All the Latest Updates about Billie Eilish’s upcoming film 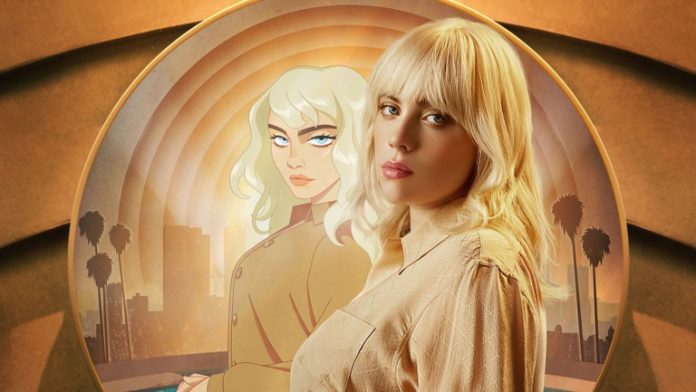 At last, the trailer of the GRAMMY Award-winning and also top chart artist Billie Eilish’s debuting film has been released. It depicts a cinematic experience of the concert that has globally premiered on Friday, 3rd September.

The director of the film is Robert Rodriguez and also the winner Patrick Osborne included the animated elements that have taken to the audience onto the dream-like journey belong the hometown of Billie of Los Angeles and the also the most popular backdrops.

It also has featured FINNEAS, which is the chorus of the group of Los Angeles Children. In this, the Los Angeles has been conducted by music and artistic director Gustavo Dudamel and also one of the famous Brazilian guitarists, Romero Lubambo that has the arrangement of the Orchestra by David Campbell.

This film has been produced by Interscope Films and also Darkroom Productions that has been associated with Nexus Studios and also Aron Levine Productions. In this, the live concert director is Kerry Asmussen and the photography director is Pablo Berron.

It is reported that the seven-time GRAMMY Award-winning artist Billie Eilish and her brother FINNEAS had written this album. In 19 countr4uiiesc it has debuted as the first no and also had spent a total of 3 weeks in the U.S.

The previous Breakup album also was debuted last time in the U.S. and also 17 more additional countries across the world since its release in 2019 and also it was one of the most-streamed albums of that year. After that, her artist journey of nominations and wins of several major categories has started at the 62nd GRAMMY Awards.

In this, we will see Eilish performing to her new album and we will also set to get some look into the animated section of this film that has appeared to catch Eilish who will drive along with the city, dodging the paparazzi to the red carpet and also has reflected her own fame and awards.

In the trailer, she told that she definitely had fantasies in LA which is an entirely different world interwoven having her world. She also has said that bit is definitely a concert film but it also depicts a story at the same time. It is just a kind of incredible version of the old Hollywood and the timeless Hollywood Bowl. She has never done anything before it. And it is just like her dream come true.

This film has set to premiere on 3rd September on Disney + Hotstar.