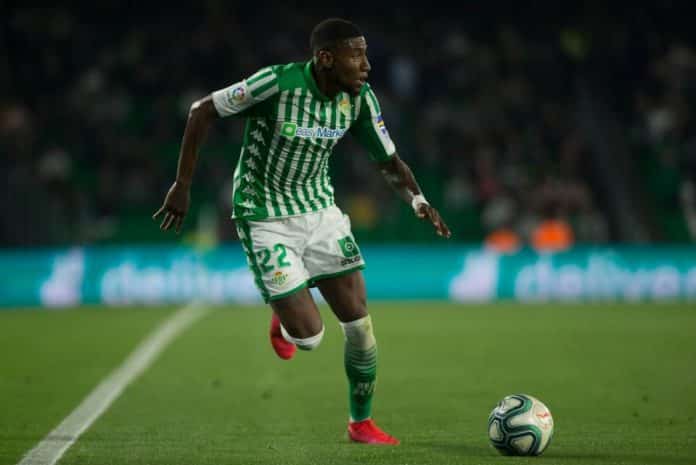 Emerson Royal is set to join Tottenham Hotspur on a deadline day transfer from Barcelona. The player made the move from Real Betis to Barcelona at the beginning of the summer, and he is now set to move again from Spain to England.

Tottenham and Barcelona have reached an agreement for €30 million for the player, and he is expected to complete his medical assessment for the transfer imminently. Once that is done, he will be announced as a new Spurs player before the day is over.

Personal terms have also been agreed between the player and his new club, with a contract of five years, until June 2026, on the table. Real Betis also had a sell-on clause included in the right-back’s Barcelona contract, and they will receive €5 million from the switch.

Emerson was owned jointly by Barcelona and Betis in an interesting situation, and he spent the last one and a half years at Betis. The Brazilian moved to Betis after joining Barcelona in January 2019, and was shipped out on the deadline day that time as well. He will now apply his trade under Nuno Espirito Santo as the London club hope to achieve a top four finish once again. Emerson has made 3 appearances for Barcelona already this season, but will end his tenure with them for good now.

Spurs have already signed Bryan Gil, Cristian Romero and Peterluigi Gollini this summer, and the arrival of Emerson only makes things better for the chances of them achieving a successful season.