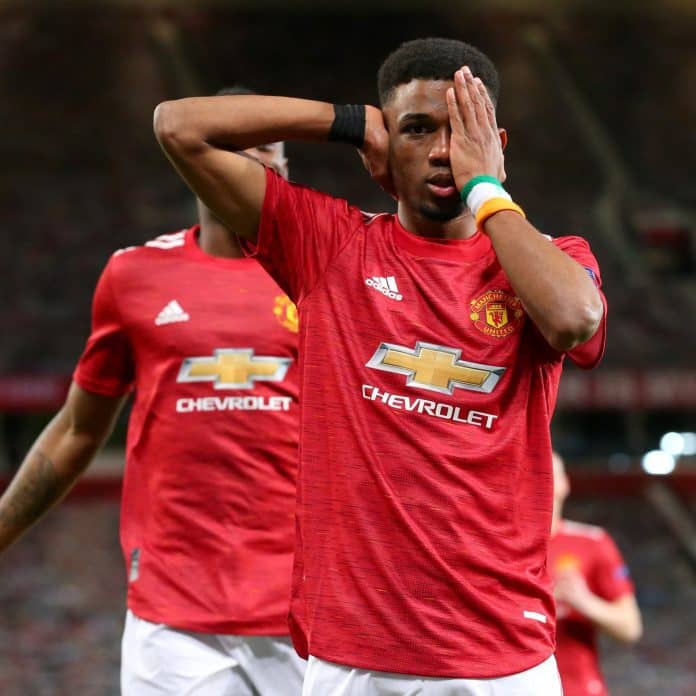 Negotiations between Feyenoord and Manchester United for the transfer of Amad Diallo have collapsed in the last few hours. The situation of the deal has been confirmed by transfer insider Fabrizio Romano.

The player was expected to join the Eredivisie on a loan move until June 2022, but he sustained a muscle injury in the last training session. The muscle injury came after the travel to Netherlands was scheduled, and he is now going to stay at Manchester United for the next six months at the very least.

Diallo joined Manchester United in January 2021, after a transfer was agreed in summer of 2020. The player joined from Atalanta for a deal worth €21.3 million, but has only made a few appearances for the club.

The winger has made 3 appearances for Manchester United’s B team, scoring 4 goals and providing 3 assists. For the first team, he has made 8 appearances across all competitions and will now stand behind in the pecking order with Jadon Sancho, Daniel James, Mason Greenwood and Anthony Martial in line for game time in front of him.

Diallo made his Ivory Coast debut in March this year, and is recognised as a very talented young winger. The main reason behind his transfer to Feyenoord was to help him gather valuable minutes on the pitch to help him develop. However, the injury has completely ruled out the move altogether.

United could decide to ship him out in the January window, but it remains to be seen how the season unfolds and whether or not he will be needed down the line.