Ind vs Eng: India sustain a big blow as Ravindra Jadeja is taken to the Hospital after suffering a knee injury 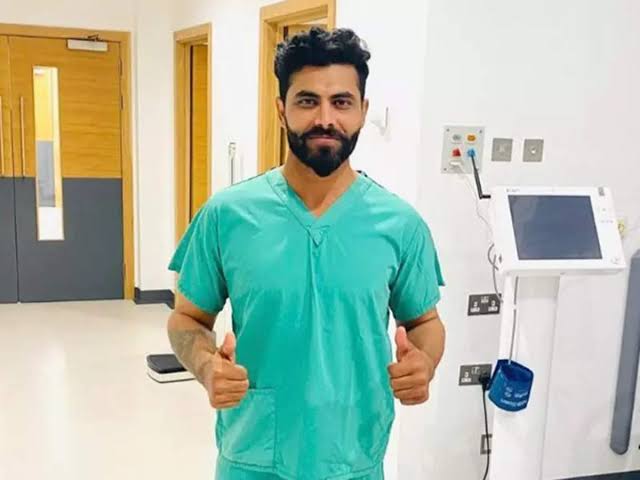 The Indian side faced a disappointing inning and a 76 runs defeat against the England side on day four of the third test on Friday. However, things became bad from worse as Ravindra Jadeja was taken to the hospital in Leeds for precautionary scans to understand the extent of his knee injury.

Apparently the Indian All rounder hurt his knee while fielding on day one of the third test. Let’s get into details of how Ravindra Jadeja suffered the injury. He tried to stop a ball when Haseeb Hameed guided it past point off the bowling of Mohammed Shami. However, the ball evaded the Indian all rounder and he landed badly on his right knee.

Consequently, he was holding his leg in pain during the same over. As a result, to take precautions Jadeja left the field after the 32nd over of England’s innings. Hence it is unlikely that Jadeja will take a part in the fourth test.

Ravindra Jadeja posts a picture of himself from hospital on Instagram

After the match, Ravindra Jadeja conveyed the news regarding his injury by posting a photo on his Instagram page. “Not a good place to be at” Jadeja started via his Instagram story.

According to a source Jadeja has not suffered a major injury and was taken to the hospital to be completely sure.“Not anything major, he hurt his knee while fielding, so just got scans done to check on it.” Therefore the Indian all rounder will have three more days to recover to be in the contention to start the fourth test against England in London.

Although India would probably not take a risk by playing Jadeja as they wouldn’t want their star all rounder to aggravate an injury going into future. Therefore India will likely bring Ashwin into the playing 11 for the remaining two matches against the English side.

Ravindra Jadeja to retire from cricket, official announcement will be made soon!