Which jersey number will Ronaldo wear at Manchester United? 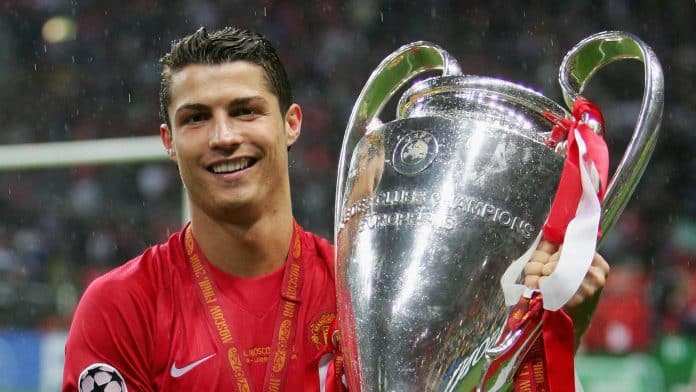 Cristiano Ronaldo sealed an extraordinary return to Manchester United after leaving Juventus in a transfer worth £20 million. The player’s arrival has been announced by Manchester United, but the club are yet to reveal his shirt number yet.

During his first spell at Old Trafford, Ronaldo was given the number 7 shirt by Sir Alex Ferguson, and the Portuguese did a remarkable job of inheriting the number previously worn by David Beckham. At 18, Ronaldo wasn’t very thrilled about the coach’s decision. Here is what he had to say about the decision:

“When I arrived at United, I asked for 28 but the coach said, No, you will wear seven.”

“I was petrified as I knew Beckham wore that shirt. But I took on the challenge and since then it has been my lucky number. I have won everything in football with that shirt.”

Since Ronaldo left the club, the number 7 shirt has seemingly been cursed at Manchester United with players like Angel Di Maria and Memphis Depay struggling to deliver while wearing the kit. Edinson Cavani ultimately became the one to break the curse and it seems like the Uruguayan will keep a hold of the shirt at Old Trafford.

Ronaldo has worn 7,9 and 28 in the past and with his rival Lionel Messi returning to number 30 at PSG, he could also start wearing number 28 at Old Trafford since the number is free and United have no intentions of selling Cavani this season.