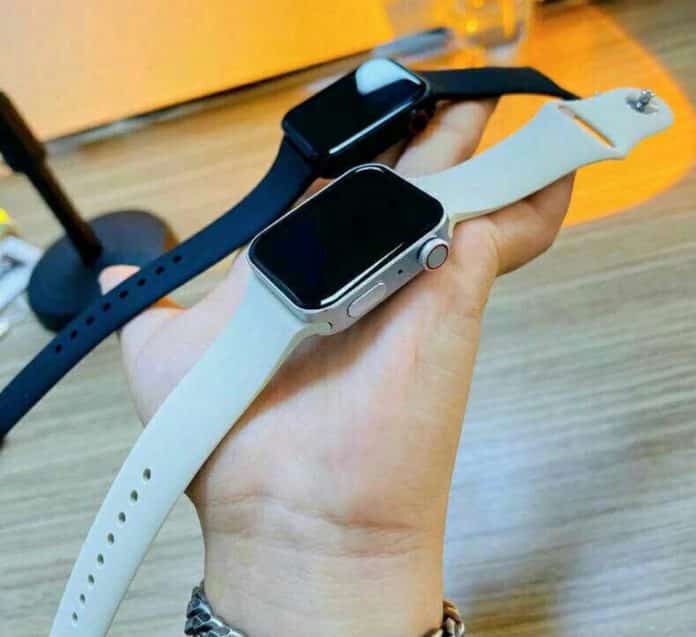 Apple is expected to announce the Watch Series 7 in September this year, while this is yet to happen, images that are reported to be counterfeit of the upcoming Apple Watch Series 7 mode have appeared online.

These images were shared by a Twitter user @MajinBuOfficial, they show the knock-off Watch Series 7 in space gray, silver, and space black colorways. The design of the Watch Series 7 knock-off resembles those of the previously leaked CAD renders of the next-gen Apple Watch.

It is expected that the Apple Watch will use a square edge which is very similar to the design of the iPhone 12 Series, iPad Air, iPad Pro, and the 24″ iMac.

Although the devices in the images are knock-offs and not from Apple, they may be similar to the final product, allowing us to see how the new Apple Watch design looks like in real life, The tipster has already disclosed that the Apple Watch Series 7 clone is already on sale in China for around 350-400 Yuan($60 or 4,400 INR).

So far, we have only witnessed the design of the Apple Watch Series 7 in renders that are based on leaked images and CAD drawings leaked by industry sources. Although the Apple Watch Series 7 is expected to be 1.7mm thinner than the 6 Series, it is worth noting that this change may not have been brought to the cloned product. The Watch 7 clone in the leaked images appears to be thicker than the genuine device.

The clones of popular Apple products are usually very deceptive in appearance, you would have a hard time differentiating the original from the counterfeit, from a build standpoint they both appear to be one and the same. Apple has had to make a team focus on combating counterfeit products and prevent them from being sold.

Apple is expected to launch the Apple Watch Series 7 as early as next month, and it is likely to be launched alongside the iPhone 13 Series, offering improved display technology and ultra-wideband connections, faster processors, larger batteries, and more.