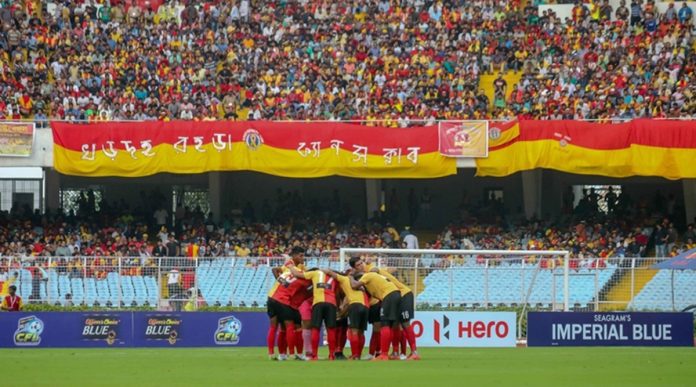 East Bengal is one of the historic clubs of Indian football. Their aura goes way down memory lane. East Bengal along with their city rivals Mohun Bagan (now ATK Mohun Bagan) are the two proud football clubs of Kolkata. ATK Mohun Bagan is the most successful club in ISL, taking into consideration ATK’s success in the previous years.

After many dilemmas, the same is the case for this year as well. East Bengal were facing an uncertain future in the ISL but West Bengal CM Mamata Banerjee helped both the parties to reach an agreement and now it has been confirmed that East Bengal will play in ISL 2021-22 season.

The transfer window closes on 31st August, so East Bengal has 6 days in hand to put together a team as they will hope to return to their glory days.

So here we take a look at the few transfer rumours which are looming around about SC East Bengal.

According to various reports, SC East Bengal are looking to sign Abdul Hakku and Adil Khan as their new centre-backs. Full-back Hira Mondal is also on their radar.

Another interesting news is that ATKMB full-back, Prabir Das, is also on the list of East Bengal. If ATKMB decides to accept a transfer fee, SCEB will be hoping to sign the veteran.

Meanwhile, SC East Bengal head coach Robbie Fowler is in charge to find the foreigners. He has been in contact with the players’ agents since Monday. Last year’s star performer for East Bengal, Bright Enobakhare can also return to SCEB on loan, however, it can only be made possible in the January transfer window.

To build a team, competing for the top 4 places in the ISL within only 6 days is definitely a tough ask. SCEB officials have an uphill task to find the right combination of players in such a short amount of time.