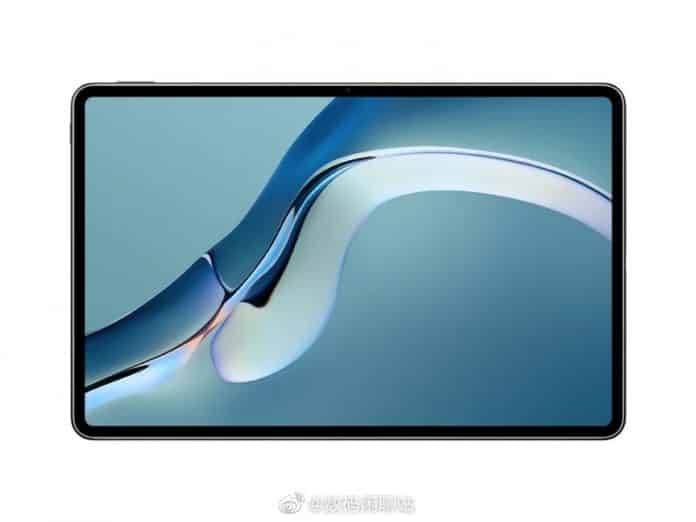 Every Android OEM seems to be on the tablet hype train as the new OPPO tablet has also been leaked. Xiaomi is set to announce its new Mi Pad next month, Realme is also launching a new Realme Tab, and now, it seems OPPO is also looking to enter the tablet market as information regarding its new product category has been leaked.

Reliable leaker Digital Chat Station took to Weibo to tease a few key specs and an illustrative image of the upcoming OPPO tablet which gives us an idea of what the device might look like when it launches.

OPPO’s tablet is rumored to be a premium offering, which is evident from its design. The frame or the bezels that go around the display appear to be quite thin, and the design from the front resembles that of the iPad Pro. Digital Chat Station says that the renders of the OPPO tab look similar to the Huawei MatePad Pro 12.6, although the size of the tablet is still unknown.

There should be a punch-hole cutout on the front housing the front camera. In terms of software, it will be running a modified version of ColorOS, called ColorOS for Pad. The modified version will consist of a dock bar and dock widgets that will further support quick operations.

ColorOS 12 supports quick operations since the OS is focused on the Internet of everything which means the tablet will support interconnected operations with cell phones, watches, headphones, and other devices. However, there’s no news as to when the tablet could arrive as it may be in the early stages of development.

While we don’t have an estimate on when OPPO will launch the tablet or what specifications it will come with, it sure seems interesting. It will provide good competition to all the other tablet makers in the industry. Under the BBK Electronics umbrella, Realme is already set to launch its Realme Pad. Vivo and OnePlus are also rumoured to enter the tablet space.

Lenovo Tab P11 Plus is now up for sale in India