Halo: Infinite will hit the consoles on December 8, 2021 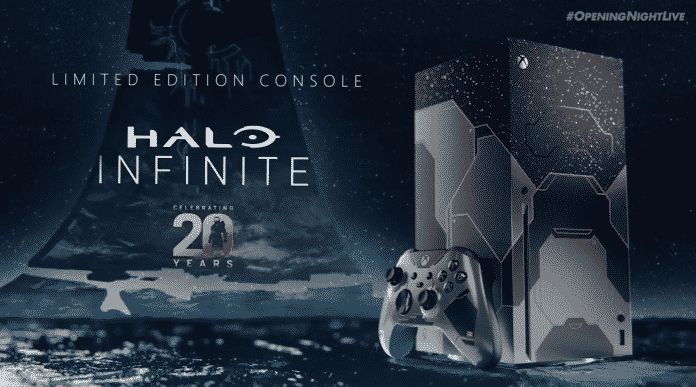 Finally, the release date of Halo Infinite has been confirmed and after the information from various leaks, we now have the final date here. The date is confirmed as of December 8.

Halo Infinite was announced by Xbox at the Gamescom Xbox Stream 2021, and the game’s trailer introduced a brand new story trailer for the first free-to-play multiplayer season of Halo Infinite. The game will feature a new character, Commander Laurette Agryna, and her history with the Spartans.

As announced earlier, Commander Agryna is responsible for training new Spartan recruits at the Academy in Halo Infinite. This academy also serves as the hub for the game’s multiplayer campaign and integrates it into the main story.

During the Halo Infinite segment, we also got a look at a new Xbox Elite Wireless Controller Series 2 which is themed specifically for Halo Infinite. We will also be getting a limited-edition Xbox Series X console design for Halo’s 20th anniversary, and we will get this beginning November 15.

Halo Infinite is an upcoming first-person shooter game developed by 343 Industries and published by Xbox Game Studios for Windows, Xbox One, and Xbox Series X and Series S. The sixth main entry of the Halo series, and the sixteenth Halo game overall, it continues the story of the Master Chief, following Halo 5: Guardians (2015). Unlike previous installments in the series, the multiplayer portion of the game will be free-to-play.

the game was severely delayed due to many technical issues and the rise in the cases of COVID-19. However, no finally we have a confirmation that the game will be here on December 8, 2021. for more information stay tuned.